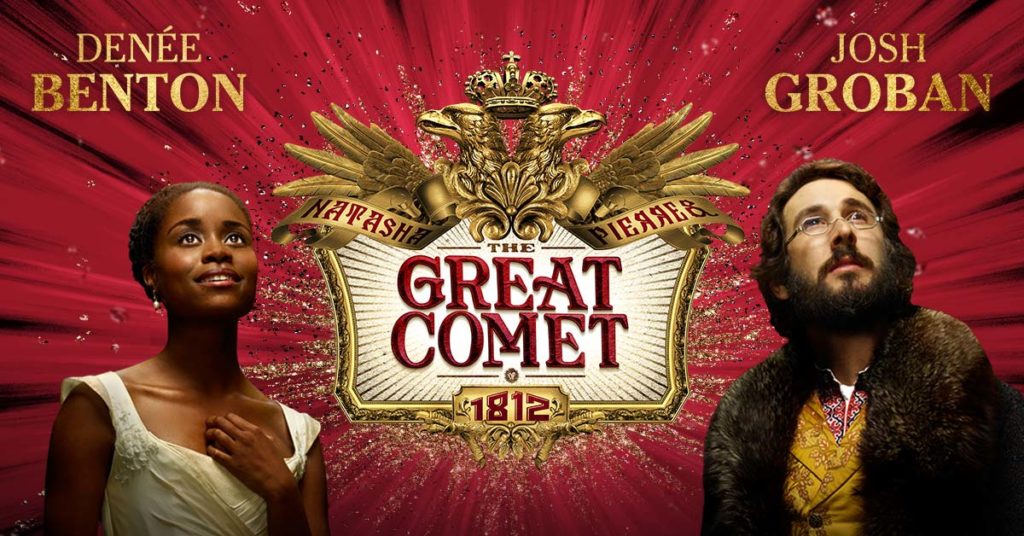 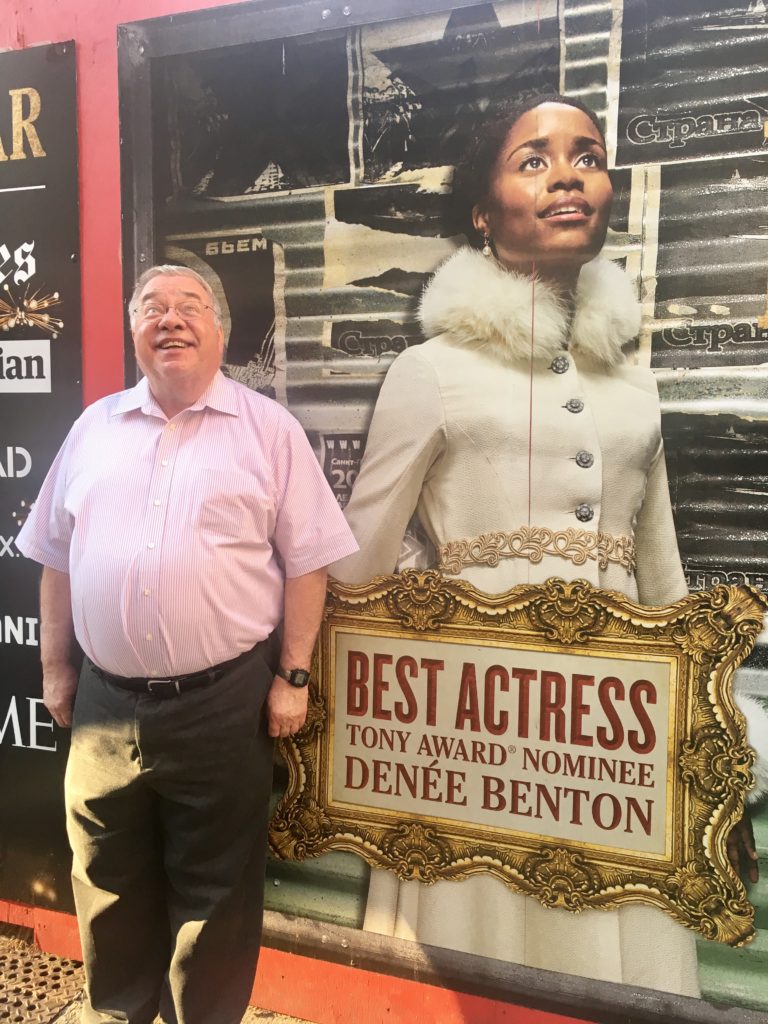 I read War & Peace to prepare for Natasha, Pierre, and the Great Comet of 1812. The action of the play involves about 70 pages of the 1,400-page book. But which pages? Actually, the portion of War & Peace covered by this play starts around page 1,012. Natasha (played by Denée Benton) is young and impetuous. Pierre drinks too much and has a scholarly air (well played by Josh Groban). Pierre is married to Helene (Amber Gray), a party girl. The action of the play revolves around the romantic elements of the characters. Much of the time, singers and dancers run up and down the aisles so there’s plenty of action to follow. Half the audience sits on stage (we chose not to) while the actors sometimes interacted with the audience members. The music, mostly Russian, pounds you with its intensity. My only quibble is that if i was the producer or director of Natasha, Pierre, and the Great Comet of 1812, I wouldn’t have Josh Groban sitting in the on-stage orchestra pit for most of the first half of the play. GRADE: B