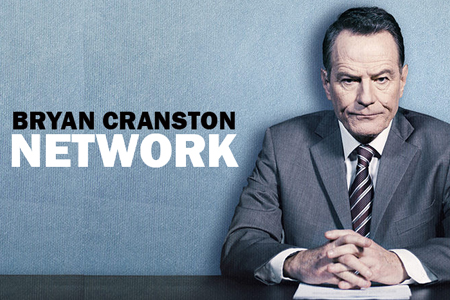 Bryan Cranston pretty much carries this Broadway version of Network. Cranston plays a quirky newsreader (think Walter Cronkite on steroids) named Howard Beale who is fired because his newscast has low ratings. Cranston snaps on camera and his mantra, “We’re as mad as hell, and we’re not going to take this anymore,” produces a ratings surge. So Cranston’s character is put back on the air. There’s some internal politics and a love affair between Director of Programming Diana Christensen (played by Tatiana Gabriele Maslany–remember her in Orphan Black?) and the head of the News Divison, Max Schumacher (Tony Goldwyn). There’s a gratuitous sex scene on stage.

My quibble about Network is that this nearly 2-hour media extravaganza has NO INTERMISSION! Quite a challenge for those with weak bladders! GRADE: B