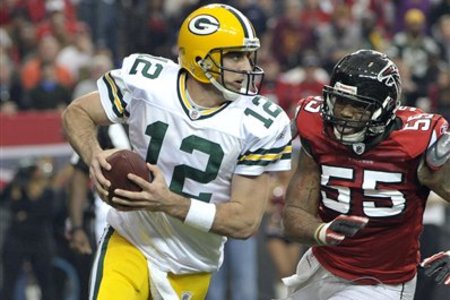 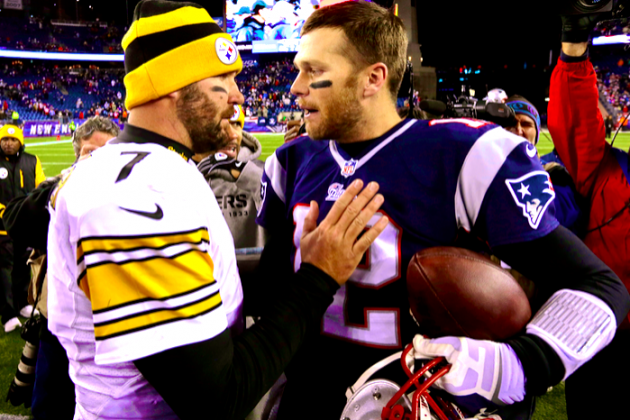 After last Sunday’s exciting Playoff games (the Green Bay Packers vs. Dallas Cowboys scored the highest ratings in NFL Playoff history!) we’re down to the Final Four. Aaron Rodgers and the Packers are 4-point underdogs at Atlanta. Everyone is predicting this will be a high-scoring game (the Vegas OVER/UNDER on this game is 60 points, a NFL postseason record!). The second game of the day will be a slugfest. Steeler’s coach, Mike Tomlin, called the Patriots “assholes.” One of Tomlin’s players streamed his coach’s comments live on FACEBOOK. Although the Patriots are favored by 6 1/2 points, I’m sure that Tomlin’s poor word choice and exposure will fire up Tom Brady and the Patriots to win by more. Who do you think will win today?