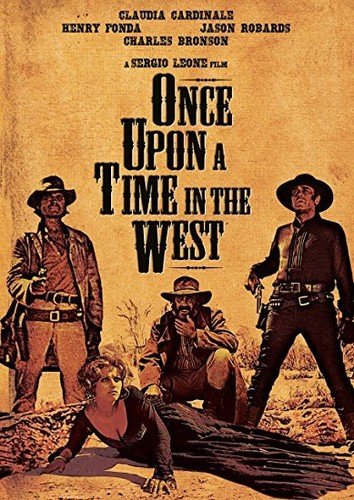 Just as there are Big Fat Books, there are also Big Fat Movies. Once Upon a Time in the West (1968) is a 165-minute (2 hours and 45 minutes) epic Spaghetti Western co-written and directed by Sergio Leone. Once Upon a Time in the West stars Henry Fonda as the villain. After Clint Eastwood turned down the role, Charles Bronson was cast as the protagonist. Claudia Cardinale plays a newly widowed homesteader and Jason Robards plays a bandit.

If you love Spaghetti Westerns, you’ll love this one. Vengeance powers this film as grievances get resolved at the barrel of a gun. While Once Upon a Time in the West was a box office hit in Europe, it flopped in the U.S. Some critics at the time complained about the film’s length. Are you a Sergio Leone fan? Do you like long movies? GRADE: A