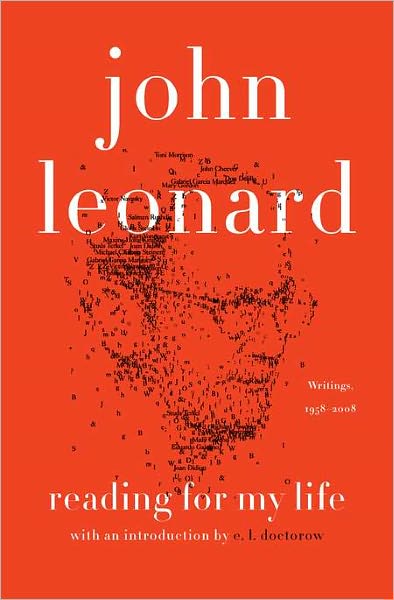 I found reading John Leonard a little like eating chocolate cake. A little is great, a lot is too much. Partly because of Leonard’s almost beatnik writing style, partly because Leonard’s sentences meandered all over the place, and finally because no one else wrote like him, I grew to be a fan of John Leonard. I believe the New York Times Book Review was at its best when Leonard was the Editor. When the New York Times ran a column in the Arts & Leasure section written by “Deep Eyes” (a variation of “Deep Throat”) I knew immediately it was John Leonard. For 16 years, Leonard appeared on CBS SUNDY MORNING with movie reviews and social commentary. Reading For My Life collects a sampling of Leonard’s work: essays, book reviews, film reviews, thought pieces, and political analysis. Just reading Leonard’s scintillating prose again brought back how much I miss him. John Leonard was one-of-a-kind. GRADE: A