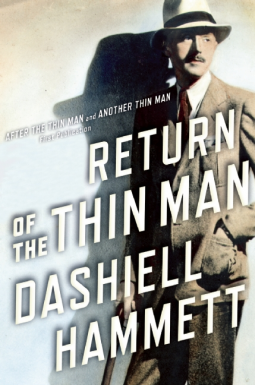 Before you go out and spend your hard-earned money on Return of the Thin Man, I thought I’d fill you in on what you’re going to be buying. The best part of Return of the Thin Man is Richard Layman’s detailed history of Dashiell Hammett in Hollywood with emphasis on the Thin Man series. Hammett sold MGM all the rights (in perpetuity!) to The Thin Man series (including the characters of Nick and Nora Charles…and Asta! In return, MGM paid Hammett $40,000. Not a Good Deal. After you read the lengthy Introduction, you’ll encounter a couple of film treatments (to call them scripts would be an exaggeration). And, after that, there’s an 8-page treatment for something called “Sequel to the Thin Man” which was never produced. So Return of the Thin Man is a hodgepodge that only a completist could love. GRADE: C