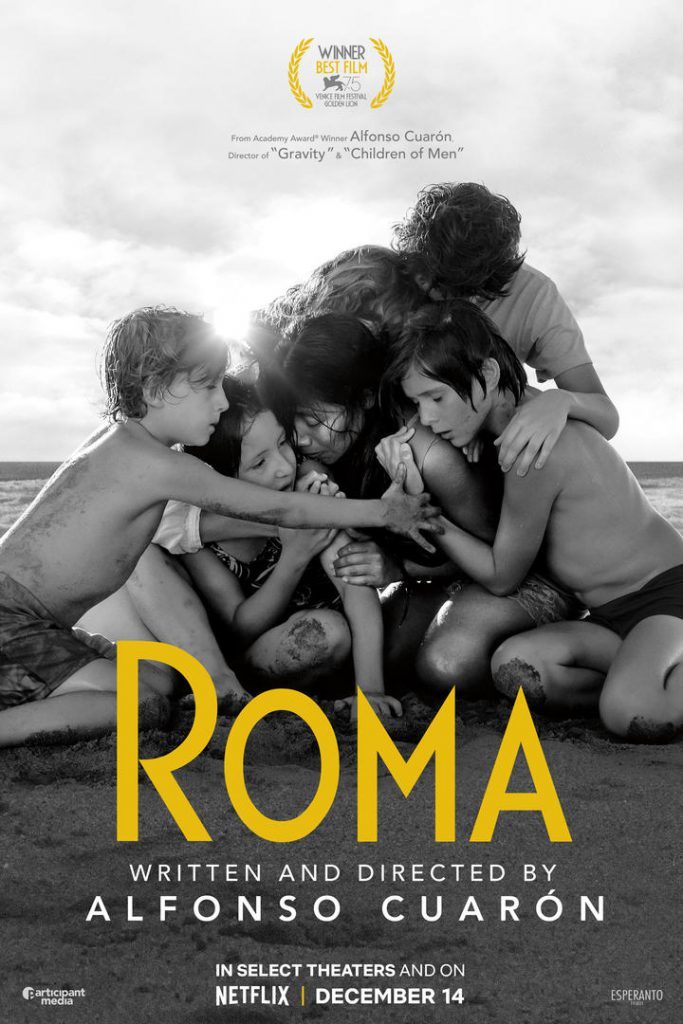 I heard a lot of Oscar buzz about Roma, a black & white film on Netflix, so I watched it. Roma tells the story of writer-director Alfonso Cuaron’s youth in Mexico in the 1970s. The story is seen through the eyes of Cleo (Yalitza Aparicio), a maid who works for an upper-class family in a posh suburb of Mexico City. Cleo is shown doing the laundry, washing the floors, and taking care of the children. Her employers, a rich couple who operate on different levels, contrast with the poor families in the surrounding neighborhoods.

In one big historical scene, the Corpus Christi massacre–where student protestors were gunned down by Government soldiers–we see the clash of class interests in Mexico. In a more domestic scene, Cleo is shown at a beach with her employers and their family. Cleo’s dedication to her job and the children provides a very moving moment. Alfonso Cuaron won the Best Director Oscar for Gravity, a much different film. This film has an almost documentary feel to it. You may like it more than I did. GRADE: C+