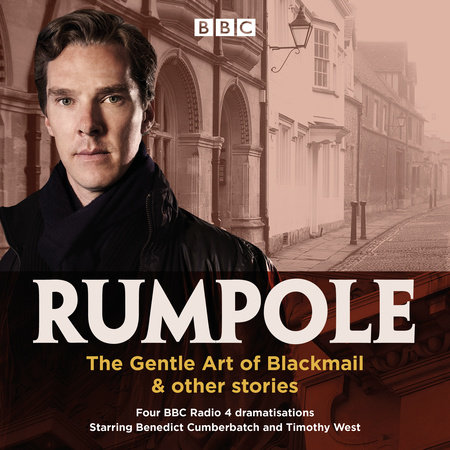 I’m a big fan of John Mortimer’s snarky and clever Rumpole stories. Horace Rumpole, the rumpled but crafty barrister, loves hopeless cases. BBC TV had a successful series of RUMPOLE OF THE BAILEY starring Leo McKern as the crusty lawyer. In 2012, BBC Radio 4 presented a series of Rumpole episodes starring Benedict Cumberbatch as “The Young Rumpole” and Timothy West as “The Old Rumpole.”

I enjoyed all of these dramatizations of classic Rumpole stories. I’ll be buying the next set in this series when it becomes available. If you enjoy first-rate dramatization, I highly recommend Rumpole: The Gentle Art of Blackmail & Other Stories. GRADE: A

16 thoughts on “RUMPOLE: THE GENTLE ART OF BLACKMAIL & OTHER STORIES [BBC Audio]”