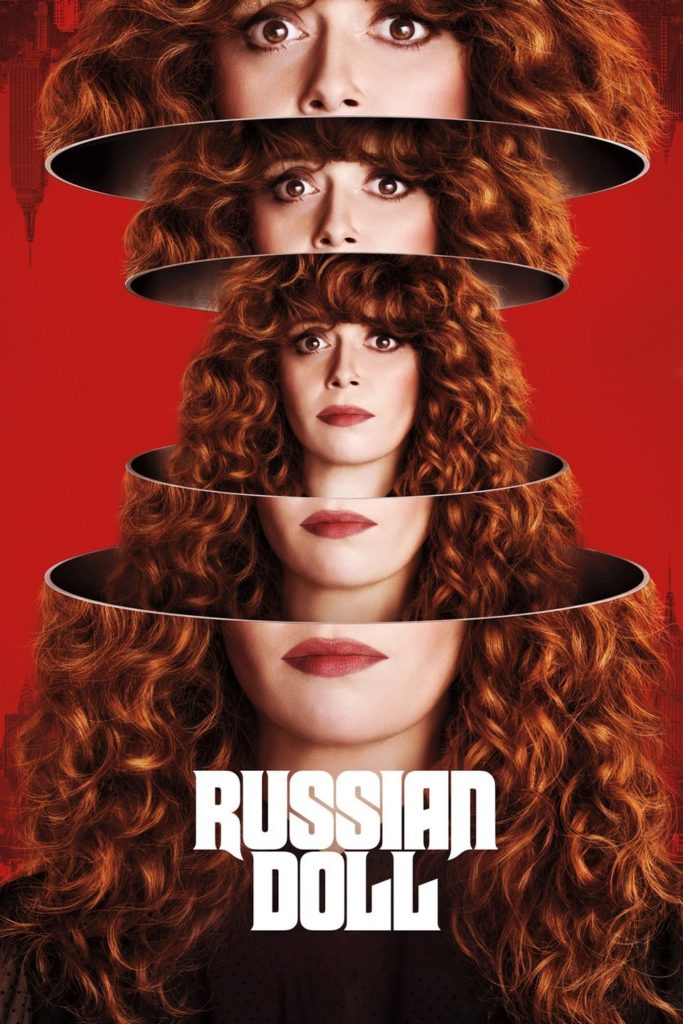 I like Natasha Lyonne in the role of a software engineer called Nadia who gets caught in a time-loop. Nadia starts out in a bathroom in an apartment of a friend who is hosting Nadia’s Birthday Party (she just turned 36). Nadia smokes too much and drinks too much and doesn’t turn down friendly drugs. She’s also ready to have sex with strangers. But what drives Russian Doll aren’t Nadia’s lifestyle choices, it’s the fact that Nadia keeps dying–hit by a NYC cab, falling down a flight of stairs, etc.–and awaking up in the bathroom at her Birthday Party. Over and over again.

By the 20th time Nadia died and woke up in that bathroom, I felt annoyed and impatient. The story stalled as Nadia kept trying to figure out what was happening. I’ve seen enough DOCTOR WHO episodes and read plenty of Time Travel SF so the concept of a time-loop isn’t new or strange to me. I wanted the story to gather momentum. But Russian Doll kept to its Groundhog Day template. Tedious.

The social/psychological subtext didn’t engage me, either. GRADE: C