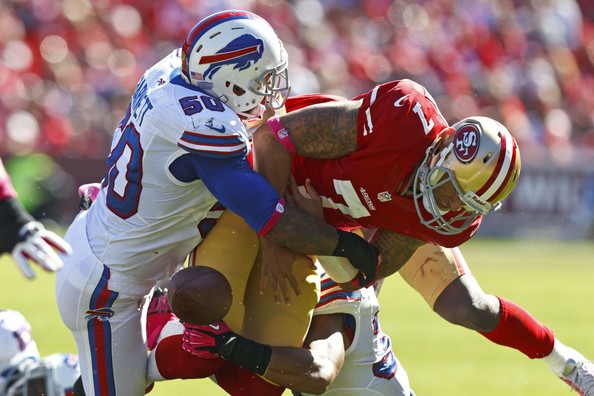 Amazingly, after an 0-2 start the Buffalo Bills have managed to win three games in a row. Today’s opponent, the Niners, features controversial QB Colin Kaepernick. Genius Head Coach Chip Kelly (no relation) named Colin Kaepernick as his starting quarterback for this game. The joke making the rounds among Bills fans is that the Bills plan to play the National Anthem every time the Niners have a 3rd down so Colin Kaepernick has to take a knee! How will your favorite NFL team fare today?