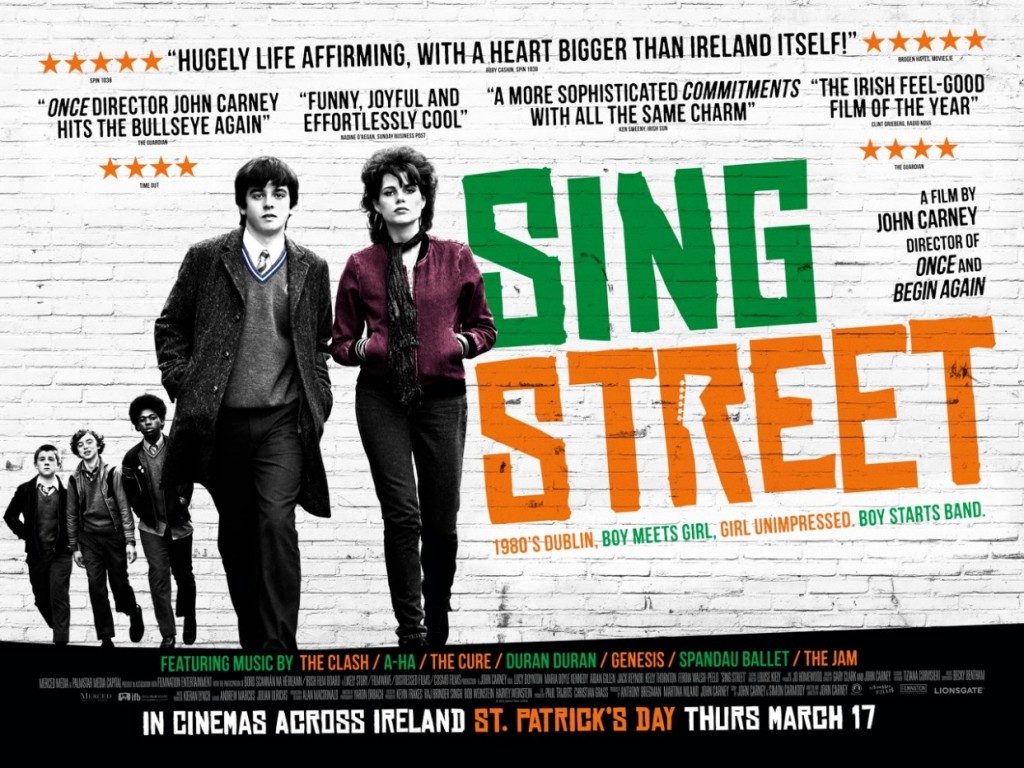 Sing Street will delight fans of The Commitments. The story is set in Ireland in the mid-1980s. John Carney, who wrote and directed Sing Street, gave this summery of his movie: “Boy meets girl. Girl Unimpressed. Boy starts band.” Connor (Ferdia Walson-Peelo) deals with a troubled family situation. Connor is sent to a crappy (but cheap) school where he gets beaten up and harassed by the priest running the cruel enterprise. But things change when Connor falls in love with Raphina (Lucy Boynton) who has aspirations to be a model. In a stunning maneuver, Connor invites Raphina to be part of his band’s music video. Amused, she agrees. The only problem is Connor doesn’t have a band. Life in Ireland in the Eighties isn’t much fun. Economic malaise stifles life. But Connor has a plan and you’re going to root for him to succeed. Carney also provides original music in the mode of Duran Duran, the Cure, and Joy Division. The soundtrack to Sing Street is worth a listen, too. GRADE: A-
TRACK LIST:
1. Rock N Roll Is A Risk (Dialogue) – Jack Reynor
2. Stay Clean – Motorhead
3. The Riddle of the Model – Sing Street
4. Rio – Duran Duran
5. Up – Sing Street
6. To Find you – Sing Street
7. Town Called Malice – The Jam
8. In Between Days – The Cure
9. A Beautiful Sea – Sing Street
10. Maneater – Daryl Hall & John Oates
11. Steppin’ Out – Joe Jackson
12. Drive It Like You Stole It – Sing Street
13. Up (Bedroom Mix) – Sing Street
14. Pop Muzik – M
15. Girls – Sing Street
16. Brown Shoes – Sing Street
17. Go Now – Adam Levine
18. Up – The Score
19. Drive It Like You Stole It – Hudson Thames