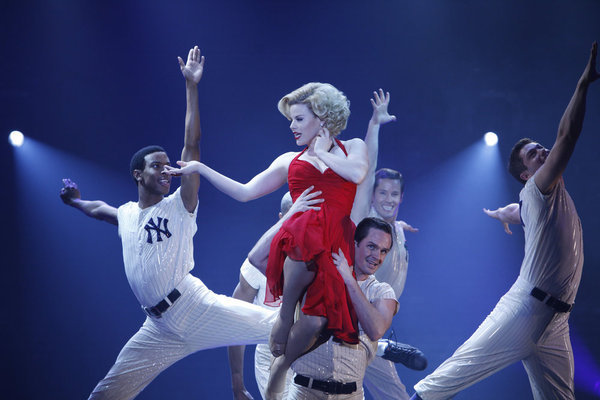 Okay, I confess, watching Smash qualifies as a Guilty Pleasure. Smash tells the story of how a potential Broadway play is developed. The play is a musical called Bombshell which presents the life of Marilyn Monroe. The first season focused on the competition of Katharine McPhee and Megan Hilty for the starring role of Marilyn. There is plenty of drama in the subplots. Producer Anjelica Huston constantly struggles to find money to fund the show. My favorite character is talented director Jack Davenport who is both brilliant and a womanizer. My least favorite character is the lyricist played by Debra Messing. Whether it’s the character or Messing herself, the constant high-maintenance of her problems becomes annoying. This second season features Jennifer Hudson in a major role. You could make an argument that Smash is Glee for adults. I enjoy much of the music in this series. I’m hoping my support will encourage other music based TV programs. GRADE: B