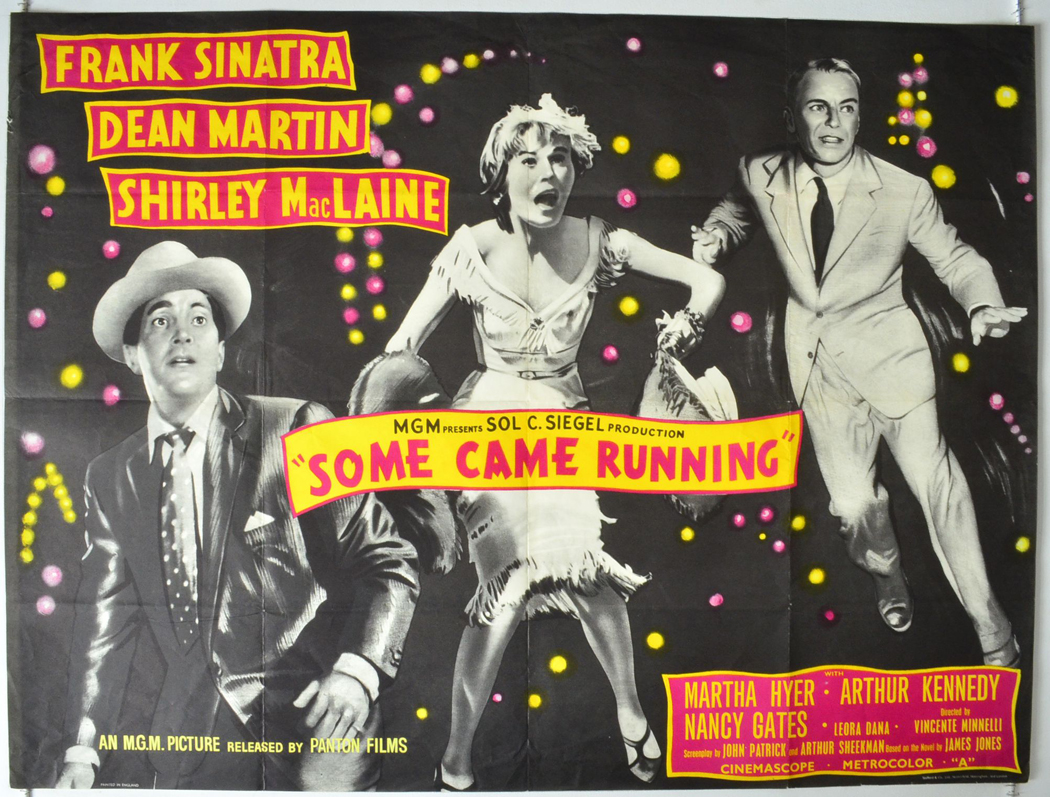 I spent last week reading James Jones’ Some Came Running. After I finished it, I wanted to see the movie version that stars Frank Sinatra, Dean Martin, and Shirley MacClaine. The movie came out in 1959, just two years after the book was published. Frank Sinatra plays Dave Hirsh, a service man just returning home after serving in WWII. Home is Parkman, Illinois: a small town that’s growing after the war. Dave’s brother, Frank, owns a jewelry store and stands to make a lot of money as the town grows. Dean Martin plays Bama Dillert, a professional gambler who becomes attached to Dave Hirsh. Shirley MacLaine plays a loose woman named Ginnie Moorehead who falls in love with Dave Hirsh. Dave falls in love with Gwen French, a teacher. As you might suspect, plenty of complications ensue. The conclusion is slightly different from the novel version. I was impressed that the movie version of Some Came Running captured the essence of the 1,266-page book. Not a bad trick for a 2-hour movie. GRADE: B+

26 thoughts on “SOME CAME RUNNING”