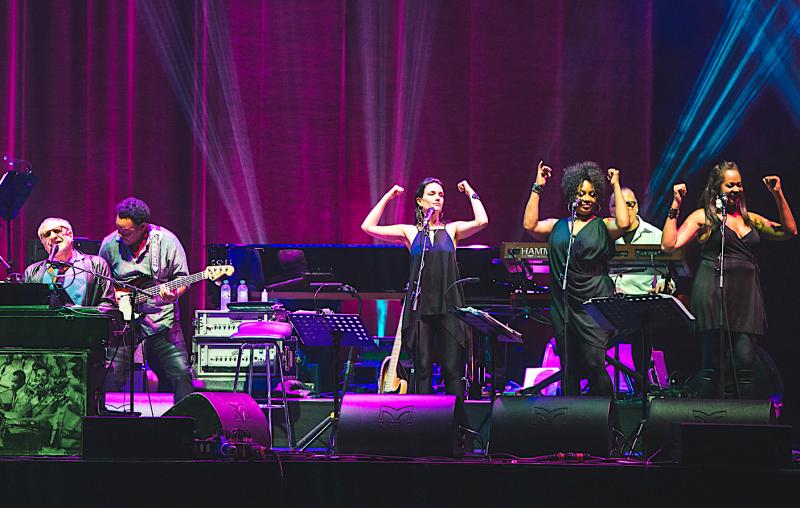 I know most of the audience for the STEELY DAN concert at the Shea’s Performing Arts Center collect Social Security and have weak bladders, but the constant flow of people streaming up and down the aisle during this sold-out performance was very annoying!

The STEELY DAN Band sounded great! The Danettes (backup singers) soloed on “Dirty Work” and earned a standing ovation. Donald Fagen was less chatty than he was at last year’s concert–which is a Good Thing. I was hoping this concert would include two of my favorite STEELY DAN songs–“Deacon Blues” and “FM–but I was disappointed. Maybe next year…