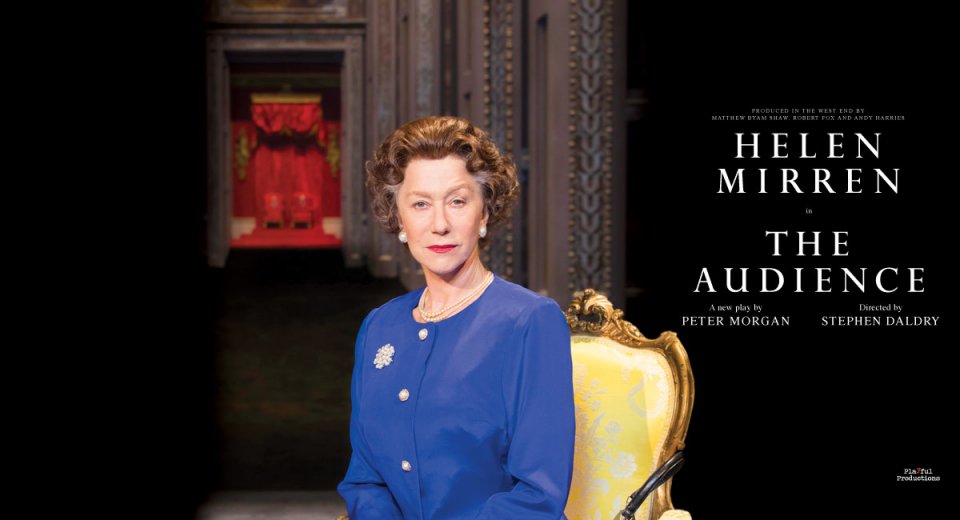 Helen Mirren plays the Queen…again. This play was offered as part of the Fathom Event series at our local Regal Theatre. On Tuesdays at 6:30 P.M. the Queen meets with the current Prime Minister to discuss the current political situation for 20 minutes. The Audience captures these meetings with the 12 Prime Ministers over the years. The play is not chronological so watching Helen Mirren transform from the Queen in her 80s to the young Queen in her 40s–and back again–is incredible! The meetings sometime take on the flavor of therapy sessions as the Prime Ministers and the Queen have to deal with crises. The meeting with Margaret Thatcher and the Queen is particularly prickly. I liked the interaction between the Queen and Harold Wilson the best. I’m sure tickets to The Audience go for $100 or more on Broadway. But a ticket to this version of The Audience only cost $20. A bargain! I recommend these Fathom Events. GRADE: A

12 thoughts on “THE AUDIENCE”