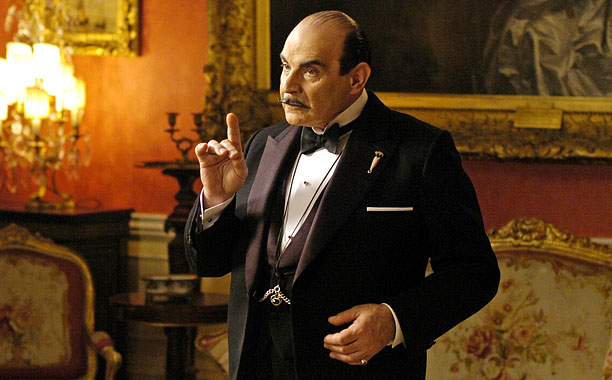 David Suchet is ending his 25+ year stint as Hercule Poirot. PBS MASTERPIECE THEATER is broadcasting The Big Four tonight and Dead Man’s Folly next week. The final three Poirots–Elephants Can Remember beginning August 11,
Labours of Hercules beginning August 18, and Curtain: Poirot’s Last Case on August 25–will be available on Acorn TV. Thereafter all 70 episodes will be available to watch anytime ONLY on Acorn TV. Of course, the entire series can be had on DVD, too. I enjoyed the early Poirots better than the newer ones, but I’ll watch them all. Do you have a favorite Poirot?