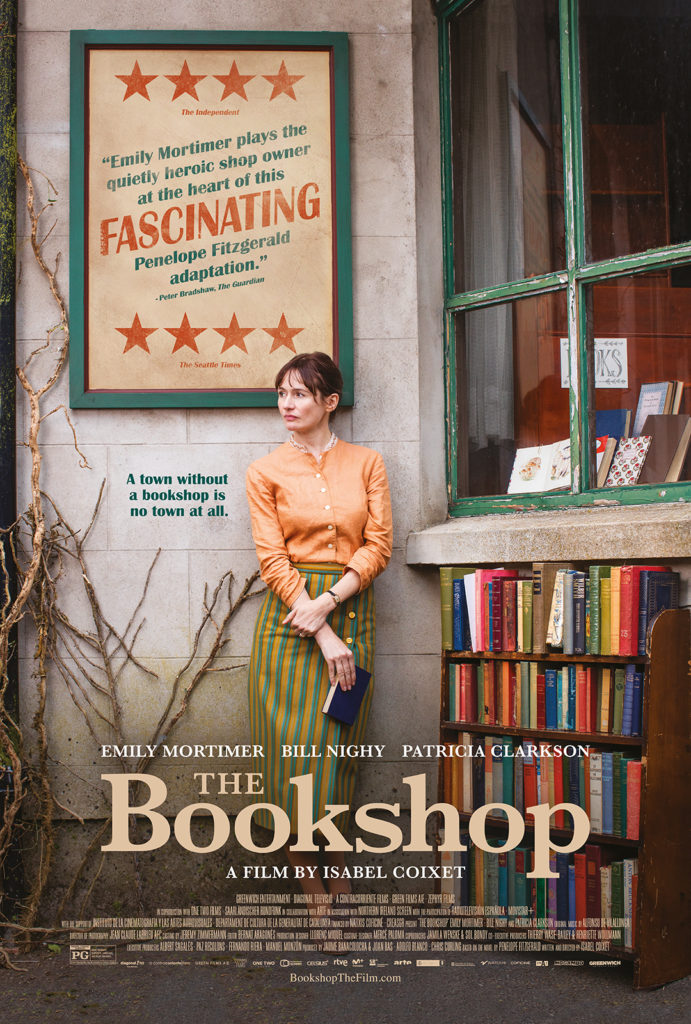 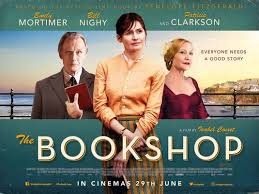 Emily Mortimer, daughter of John Mortimer of Rumpole of the Bailey fame, plays Florence Green–a widow who opens a bookshop in Hardborough, Suffolk in 1959. Florence Green runs afoul of wealthy and powerful Mrs. Violet Gamart (Patricia Clarkeson) who desires to turn the building where the bookshop is located into an “Arts Center.” Green’s only supporter is the reclusive Edmund Brundish played by Bill Nighy. I also loved the role young Honor Kneafsey played as Green’s helper in the bookshop.

Despite the wonderful cast, director Isabel Coixet’s adaptation of a Penelope Fitzgerald novel moves at an arthritic pace. The scenes of the countryside and the water look like a National Geographic special. Coixet tends to take plenty of time both to set up a scene and to transition slowly to the next scene. The Bookshop is 113 minutes but it felt a whole lot longer. GRADE: B

14 thoughts on “THE BOOKSHOP”