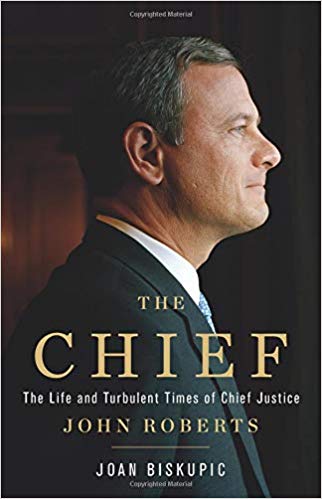 The Supreme Court just voted 5-4 to allow Trump to divert Defense Department funds to the construction of his Border Wall. Sneaky Mitch McConnell stole Obama’s Merrick Garland pick and we got conservative Neil Gorsuch instead. Then Trump stuck us with Brett Kavanaugh for the next 20+ years. When swing vote Justice Anthony Kennedy retired, it has fallen to Chief Justice John Roberts, a kid who grew up in Buffalo, NY, to keep the Supreme Court from completely becoming a Right-Wing extension of the Republican Party.

16 thoughts on “THE CHIEF: THE LIFE AND TURBULENT TIMES OF CHIEF JUSTICE JOHN ROBERTS By Joan Biskupic”