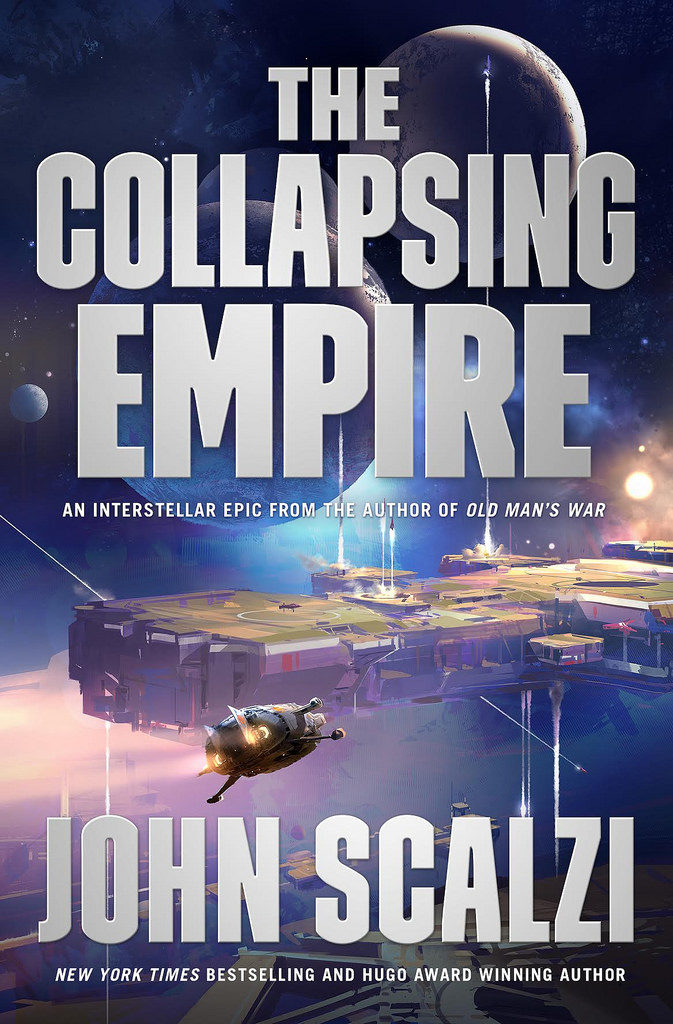 Isaac Asimov wrote about a collapsing interstellar empire in his Foundation trilogy. Harri Seldon figured out “pyschohistory” that could predict the Future. And Seldon’s equations predicted that the Empire would fall and Dark Ages would begin. Seldon and a band of scientists, armed with their knowledge of the Future, try to cut the Dark Ages short.

In The Collapsing Empire, John Scalzi writes about an interstellar empire that’s linked by “The Flow” which allows a short-cut between far-flung planets and human colonies. A scientist on a planet called End figures out the Flow is going away and all the human colonies will be isolated. The Empire will collapse. If you’re a fan of this kind of 1950’s story-telling, then The Collapsing Empire will entertain you. Scalzi sets up the plotting to suggest further sequels. GRADE: B

14 thoughts on “THE COLLAPSING EMPIRE By John Scalzi”