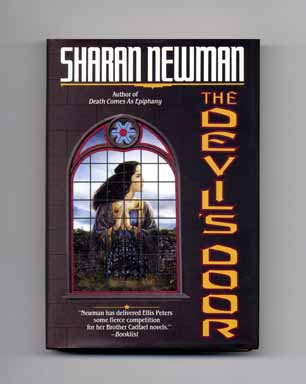 The Devil’s Door is the second book in Sharan Newman’s Catherine LaVendeur series of medieval mysteries. Set in the 12th Century, Catherine investigates the beating death of the wife of a local Count. But one death leads to another as various forces vie for the land the death woman left to the Paraclete convent. Why is this undeveloped land so sought after? Why is it so valuable to so many powerful nobles? I enjoyed Sharan Newman’s first Catherine LaVendeur Macavity Award winning mystery, Death Comes as Epiphany (1993). The Devil’s Door is just as good. GRADE: B+

4 thoughts on “THE DEVIL’S DOOR By Sharan Newman”