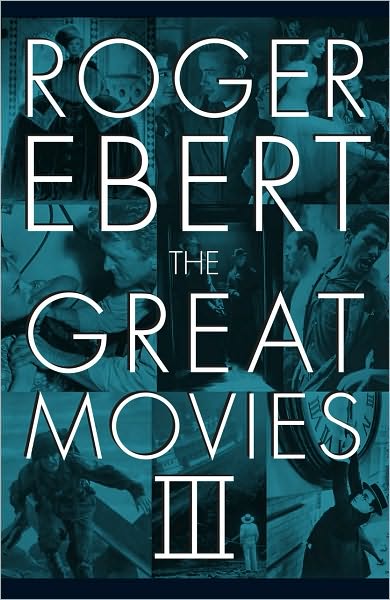 I know a couple of dedicated moviegoers who are working their way through Roger Ebert’s first two volumes of The Great Movies one film at a time. They watch the movie and then read Ebert’s essay about it. Each volume of The Great Movies contains 100 short essays on films Ebert deems “great.” This third volume is especially poignant because it was written after Ebert’s horrific medical problems. Most people might have given up at that point–unable to speak, unable to swallow, unable to eat. But not Roger Ebert. Nothing was wrong with his mind. He went back to work and, if anything, his reviews and commentary were even better. Ebert, like all great writers, can move you to action. After reading Ebert’s essay on My Fair Lady, I wanted to run out and see the film again. The same with his essay on Dark City. And Robert Altman’s A Prairie Home Companion, his last film. We live in a time when most, if not all, of these movies are available through NetFlix or your local Public Library. If you love movies, you need to own Ebert’s The Great Movies series. GRADE: A+.