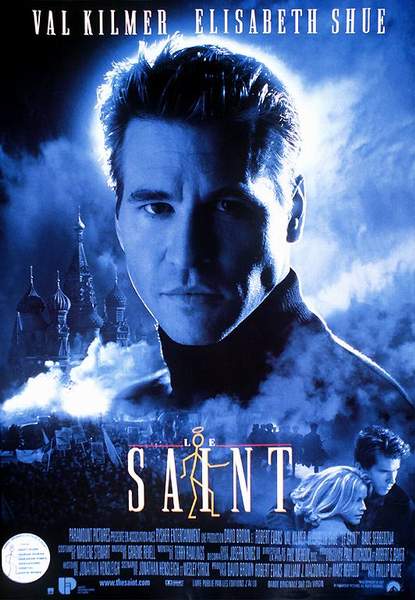 Val Kilmer’s version of The Saint (1997) bears little resemblance to the Leslie Charteris character created in 1928. Where Charteris’s Saint was an adventurer, Kilmer’s Saint is a high-tech contract thief. The movie opens with Kilmer stealing a valuable micro-chip from a heavily guarded building in Moscow. His next assignment is to steal the formula for Cold Fusion (remember that?) from a beautiful physicist played by Elizabeth Shue. But, of course, Kilmer falls in love with Shue so that complicates the caper with the Russian Mafia. I particularly liked the chase scenes in the Moscow slums and sewers. Kilmer and Shue are far superior to the clunky plot and dialogue they’re forced to endure. If you’re in the mood for a silly espionage thriller featuring Val Kilmer in a chameleon role, The Saint might amuse you. But after watching The Saint I wanted to drop everything and watch Roger Moore as the Saint! GRADE: B- 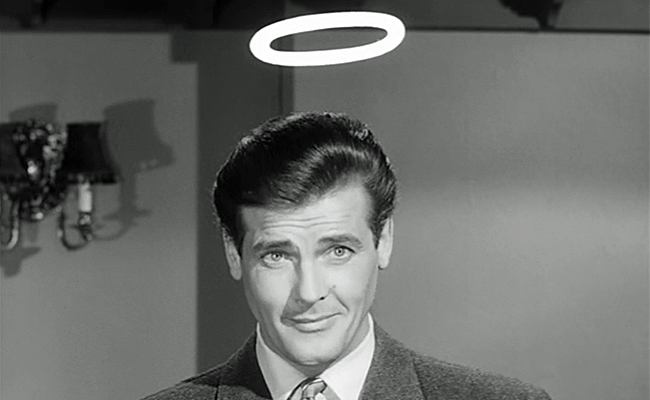