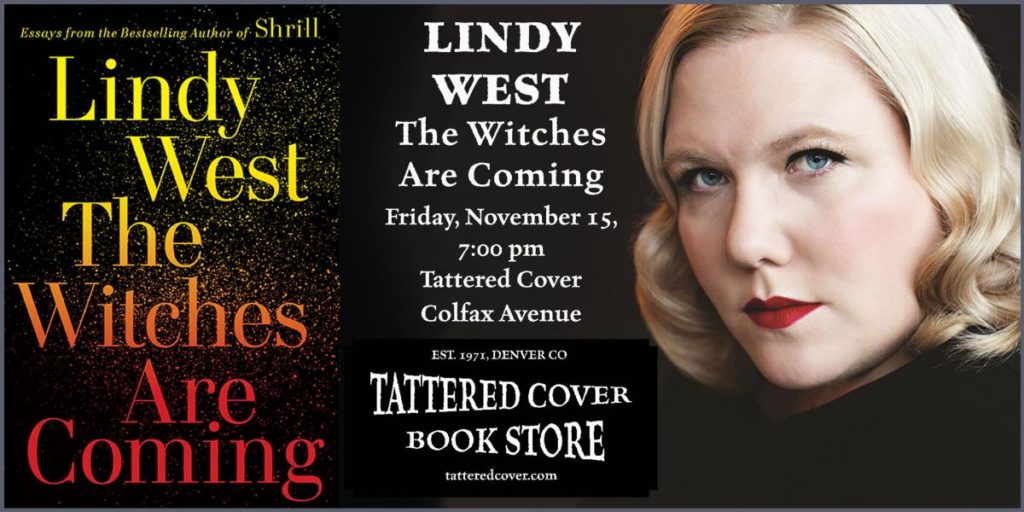 Lindy West scored a best seller in 2017 with Shrill: Notes from a Loud Woman. Now Lindy West is back with a new collection of rants titled The Witches Are Coming. In “Choosing the Lie,” West analyzes Donald Trump’s contention that the Mueller Report was “a witch hunt” and that “impeachment” is a witch hunt, and the Democrats’s investigations of his Administration are “witch hunts.” I was amused by “Is Adam Sandler Funny” because I don’t think he is…although I want to see Sandler in Uncut Gems. “Always Meet Your Heroes” starts with Lindy West admitting she’s addicted to Guy Fieri’s Guy’s Grocery Games and morphs into a scathing criticism of Chip and Joanna Gaines–from Fixer Upper on HGTV–and their church that encourages torturing gay men to turn them into “normal” heterosexuals. “Joan” reflects on the career of Joan Rivers, her ups and downs, and how she could have done more to help the feminist cause. The most powerful essay in this collection is “What Is an Abortion, Anyway?” where Lindy West describes her own abortion and the abortion it became on her HULU feature. If you’re in the mood from some funny and angry essays, I recommend The Witches Are Coming. GRADE: A
TABLE OF CONTENTS:
INTRODUCTION: They Let You Do It 1
Choosing the Lie 21
Is Adam Sandler Funny? 38
Ted Bundy Was Not Charming-Are You High? 52
How to Be a Girl 65
Always Meet Your Heroes 76
Do, Make, Be, Barf 91
A Giant Douche Is a Good Thing if You’re a Giant 107
Gear Swap 122
Joan 141
Obsolescence Is a Preventable Disease 154
What Is an Abortion, Anyway? 165
Leave Hell to the Devils 180
Anger Is a Weapon 199
Magic Isn’t Magic 209
The World Is Good and Worth Fighting For 219
Long Live the Port Charles Whooping Cranes 233
Tomorrow Is the First Day 253
Acknowledgments 260

11 thoughts on “THE WITCHES ARE COMING By Lindy West”