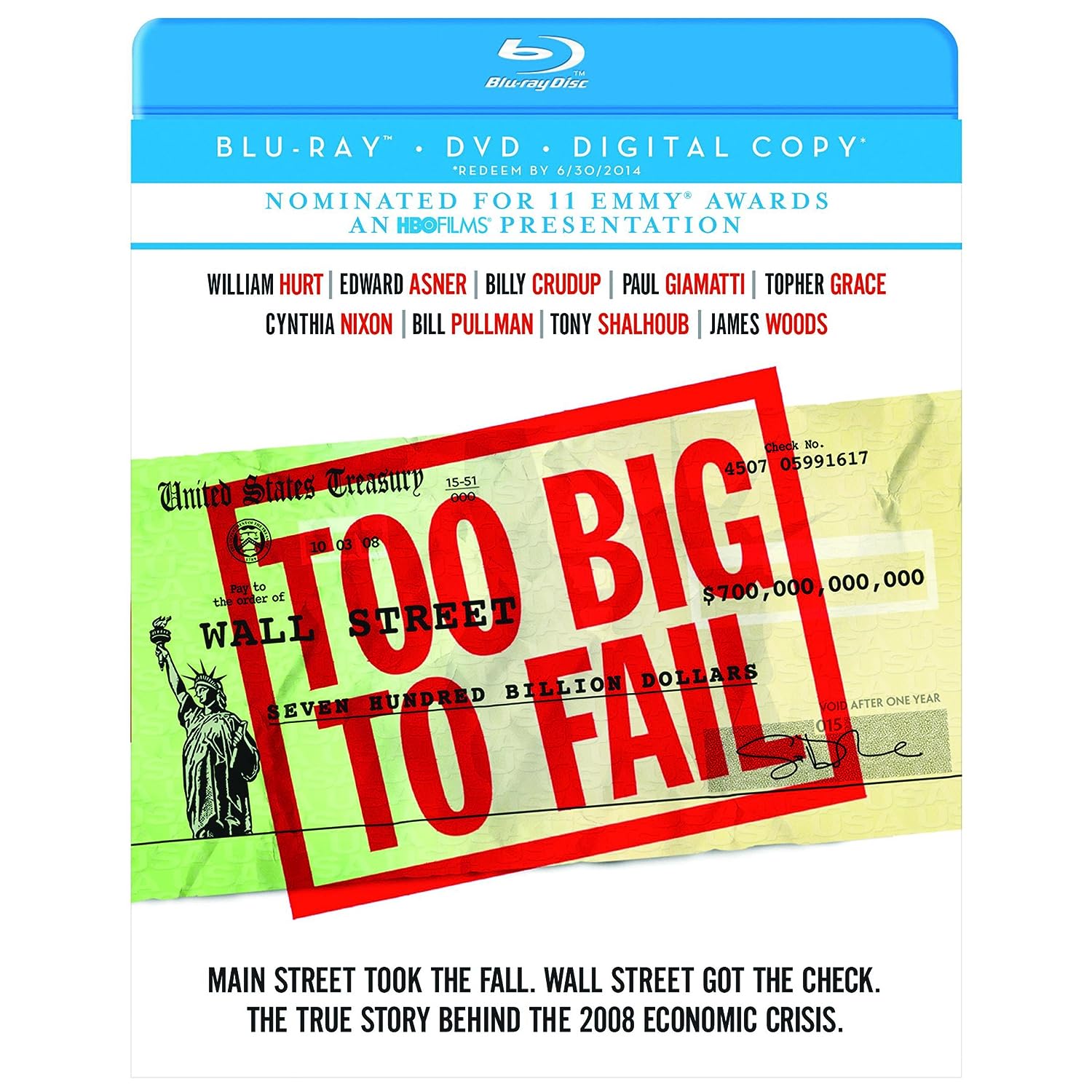 Too Big To Fail was first broadcast on HBO last year. Now it’s out on Blu-ray. Essentially, Too Big To Fail is the story of how Lehman Brothers, an investment bank, failed and almost brought the U.S. economy to its knees. William Hurt plays a quizzical Hank Paulson, Treasury Secretary. Most of the time, William Hurt looks stunned in this documentary as the entire financial system becomes unraveled. James Woods plays Dick Fuld, the head of Lehman who becomes his own worst enemy. Cynthia Nixon stands out as one of Paulson’s aides. I especially liked Paul Giamatti as Federal Reserve Chairman Ben Bernanke (amazing resemblance!). Too Big To Fail traces the financial disaster from the beginning, but there really is no ending. We’re still in the same situation. Banks are still reckless with money. The financial system is still unstable. We need to return to the Glass-Steagall Act which divided commercial banks from investment banks. Until that reform is enacted, we’re all still in peril! GRADE: B+