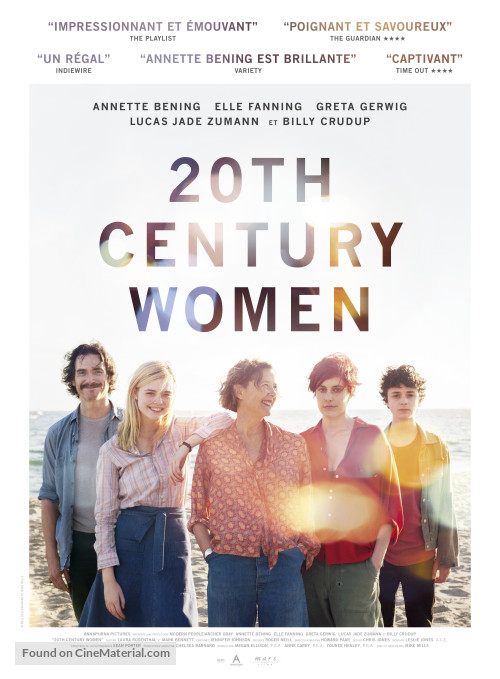 I love Annette Being so factor that into your analysis of my review of Twentieth Century Women. Annette Bening plays a 55-year-old single mother raising a son in 1979. Her son Jamie, played by Lucas Jade Zumann, is a typical 15-year-old trying to come to grips with school and love and sex. Bening’s character owns an old mansion which she decides is too big for her and her son so she rents out two of the rooms. One goes to Greta Gerwig who plays a talented photographer with a lot of “baggage.” She dyes her hair red after seeing David Bowie in The Man Who Fell to Earth.

The other tenant is a jack-of-all-trades guy played by Billy Crudup. He helps Bening restore the stately mansion and does some “renovation” work on Greta Gerwig as well. As if this wasn’t enough, Director/Wrier Mike Mills adds another character, Julie (played by Elle Fanning), who values Jamie’s friendship (by sleeping in his bed–but no sex) and alters the group’s chemistry from time to time.

If you’re looking for a very quirky movie that pretty much meanders for 2 hours and 17 minutes, then Twentieth Century Women is the movie for you. GRADE: B+