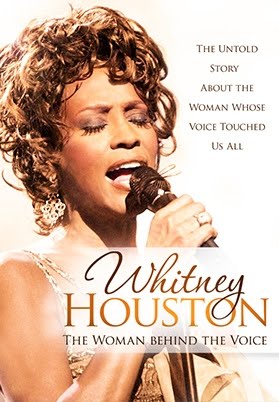 Whitney Houston died in a hotel bathtub on February 11, 2012. She was 48. Whitney Houston set records during her too brief career. She sold over 200 million records. Whitney Houston released seven studio albums and two soundtrack albums, all of which have been certified diamond, multi-platinum, platinum, or gold by the Recording Industry Association of America (RIAA). Whitney Houston is the only artist to have seven consecutive number one Billboard Hot 100 songs.

Despite Houston’s wonderful voice, she made several Bad Decisions. One of the members of her entourage interviewed for this documentary says, “People around Whitney considered her an ATM.” Her career rocketed into the stratosphere after her role in The Bodyguard became iconic. But Whitney’s success grated on her husband, Bobby Brown. He abused her verbally and physically. He may have contributed to her drug addictions. Director Kevin Macdonald doesn’t grill some of the principal characters in Whitney’s destruction; Macdonald takes a more subtle approach by letting these characters reveal their parts in the calamity of Whitney Houston’s life. For example, the President of Arista Records L. A. Reid looks into the camera and says he never knew Whitney used drugs. The audience laughed at this blatant lie. One of Whitney’s brothers says there were no drugs used by the Houston family while he’s obviously addled by drugs on screen.

Great music weaves its way through this film from Whitney’s debut television appearance on THE MERV GRIFFIN SHOW to her electrifying rendition of “The Star Bangled Banner” at Super Bowl XXV in 1991. The highs are impressive, but Whitney’s lows are heartbreaking. Do you have a favorite Whitney Houston song? GRADE: A