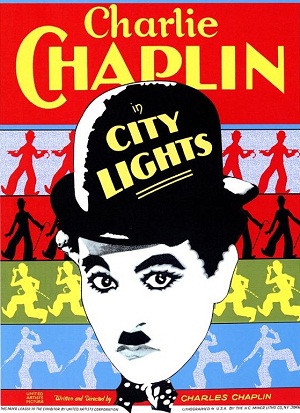 I first saw City Lights 40 years ago at the University of Wisconsin at Madison. There was an active Film Society at UW-Madison that showed movies almost every night of the week. And, only charged a $1.00 admission. Whenever I had a chance, I’d watch these classic films (no Turner Class Movies back then!). I’ve seen many of Charlie Chaplin’s films and City Lights is my favorite. Chaplin is perfect as the little Tramp. Yes, the mawkish plot with the blind girl is a bit much, but there’s enough humor with the eccentric millionaire and the drama of the boxing match to carry the film. City Lights was released in 1931. This Criterion edition of the film includes commentary on Chaplin and his work as well as a excerpt of Chaplin’s short film, The Champion from 1915. Also included are the trailers for City Lights. If you haven’t seen this classic lately, the Criterion version is the one to watch. What’s your favorite Charlie Chaplin film? GRADE: A