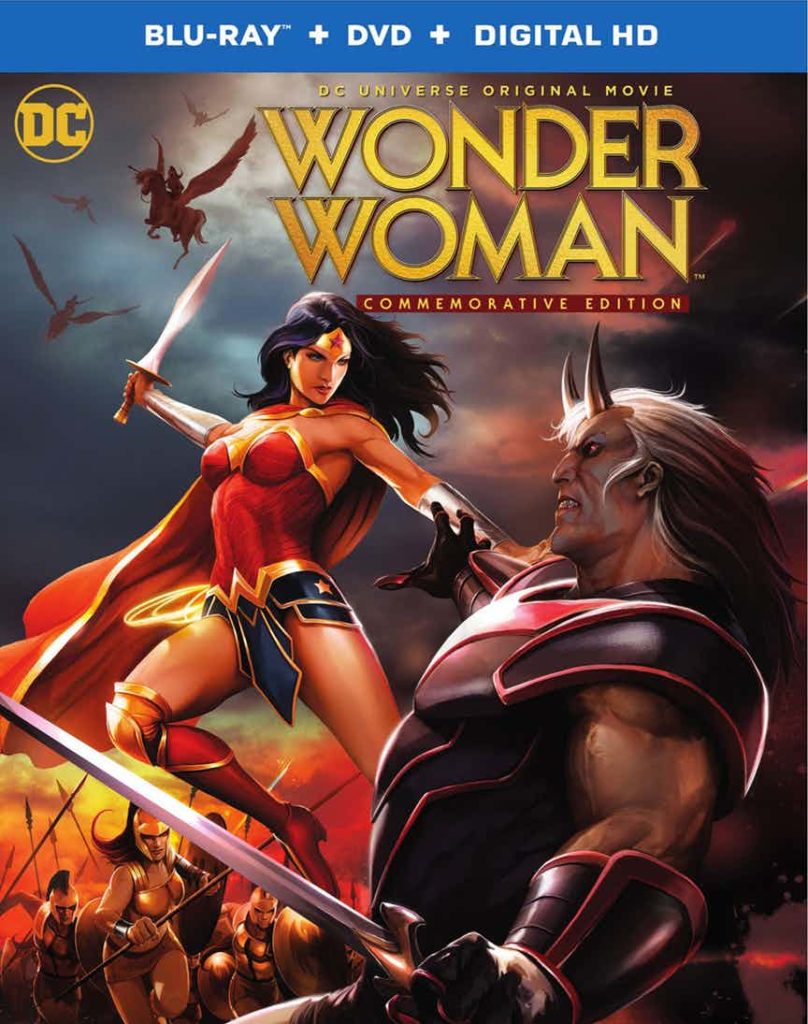 Just in time for the opening of the Wonder Woman live action feature later this week, this animated movie provides the background to Wonder Woman’s origins. “On the mystical island of Themyscira, a proud warrior race of Amazon women thrives, shielded from the corrupt world of man. But a betrayal leads to the escape of Ares, the God of War, and Amazon Princess Diana must capture him before he unleashes global chaos and destruction. With the aid of cocky fighter pilot Steve Trevor, Diana tracks Ares to the United States for a battle unlike any humankind has ever faced in this epic tale.” That’s a little pompous, but it’s a fair description of what happens in this 113-minute animated adventure. First released in 2009, this edition was directed by Lauren Montgomery and stars the voices of Keri Russell (Diana), Nathan Fillion ((Steve Trevor), Alfred Molina (Ares), Rosario Dawson (Artemis), and Oliver Platt (Hades). If you need a little something extra to get you excited about the Wonder Woman movie, this little tidbit will fire you up! GRADE: B+