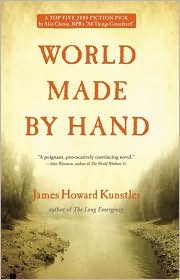 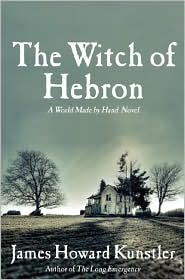 Jame Howard Kunstler writes survivor fiction in these two novels. In World Made By Hand we learn that Los Angles and Washington, D.C. have been destroyed by terrorist nuclear bombs. The United States has disintegrated into regional government (and there is very little of that) with citizens dealing with no electricity, no oil, and the aftermath of a pandemic flu that killed many young people. The novels are set in up-state New York town called Union Grove. Robert Earle, a carpenter, works to keep his small community functioning. But the influx of a fundamentalist religious group threatens the stability of the survivors. In The Witch of Hebron a psychopathic killer named Billy Bones casually wrecks havoc wherever he goes. The “witch” is a healer whose powers attract both good and evil. If you’re in the mood for post-nuclear holocaust fiction, Kunstler paints a very convincing picture of a grim future. GRADE: B (FOR BOTH)