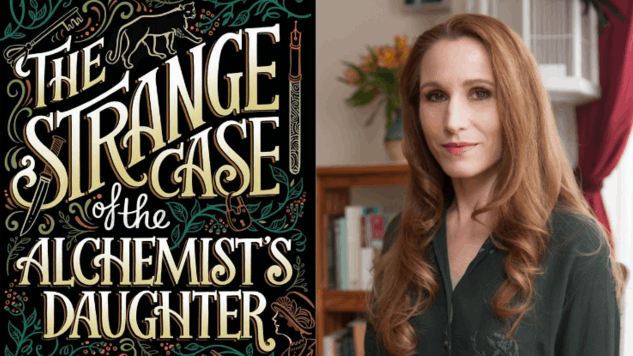 Welcome to Sherlock Holmes Week! For the next seven days I’ll be posting about books and movies related to Sherlock Holmes. Some will be classic, some will be new but all should entertain you. I’m starting off with a new book by Theodora Goss, The Strange Case of the Alchemist’s Daughter. Mary Jekyll finds herself in dire straits when her mother dies and the pension that was supporting the London household dies with her. Mary learns some facts about Mr. Hyde who murdered a rich man. Mary knew Hyde as her father’s assistant. The murdered man’s family is offering a hundred pound reward for information about Hyde and Mary desperately needs the money. But, she decides to first contact Sherlock Holmes for advice and assistance.

As you can imagine, The Strange Case of the Alchemist’s Daughter is a mashup of Robert Louis Stevenson and A. Conan Doyle. But wait, there’s more! As Holmes and Watson and Mary Jekyll investigate a series of murders, more pieces of this complex puzzle change everything. Theodora Goss has written a surprising mystery by mixing classic characters and elements. Highly recommended! GRADE: A