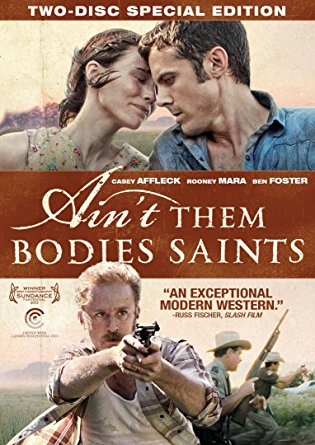 I was seriously misled by the New York Times about Ain’t Them Bodies Saints. The article I read suggested that this film was worth watching. So I watched it. Big Mistake! Rooney Mara shoots a policeman and her boyfriend, Casey Affleck, takes the fall for her. After five unsuccessful prison escape attempts, Affleck finally succeeds in escaping and–predictably–heads to the Texas town where Rooney Mara lives. Meanwhile, Rooney has a baby and spends a lot of time babysitting. A “friendly” cop visits Rooney a lot while Rooney reads the letters Affleck sends her…every day.

Rooney Mara and Casey Affleck are on the screen together for about 5 minutes. What a waste of talent! The meandering plot and vast stretches of tedium sinks this movie. GRADE: F