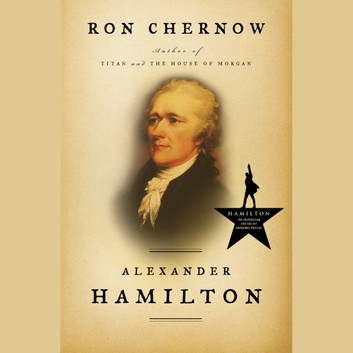 This unabridged production of Ron Chernow’s Alexander Hamilton, narrated by Scott Brick, consists of 29 CDs amounting to about 36 hours of listening time. Diane and I started listening to Alexander Hamilton back in October when we learned our daughter Katie had purchased two tickets to the musical Alexander Hamilton as a thank-you gift for helping her buy her condo. Needless to say, we only reached DISC 16 before we had to catch our flight to Boston to visit Katie and her condo…and attend Alexander Hamilton.

The first 16 discs covered about the first act of Alexander Hamilton. With our trip to New Orleans, Thanksgiving, Christmas, etc. listening to Alexander Hamilton was sporadic. But, this week we finally finished it. Ron Chernow wrote a masterful biography of Hamilton. Sure, the man had flaws and weaknesses. But, Hamilton also possessed a drive and genius that helped establish the country we enjoy today. The Kelley household was a grim and quiet place when narrator Scott Brick related the circumstances of the duel between Alexander Hamilton and Aaron Burr. A senseless killing left Eliza Hamilton without her husband and their seven children without their father. And, the United States owes a huge debt of thankfulness to the man who helped write The Federalist and set up our financial system. Do you listen to audio books? GRADE: A