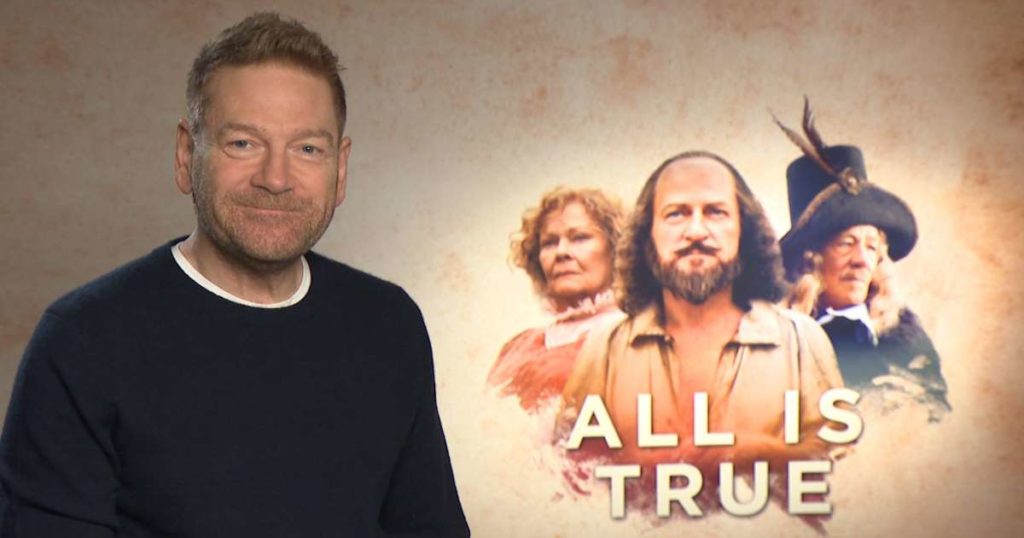 All is True is an ironic title. You would be hard pressed to see Kenneth Braunagh under all the makeup that transforms him into William Shakespeare. And then there’s Shakespeare’s older wife (played by Judi Dench) with her smoldering resentments. Shakespeare’s family is dysfunctional and now that Shakespeare has “retired” he finds it hard to fix all the problems his absence in London shielded him from. I liked Shakespeare’s daughters, Susanna (Lydia Wilson) and Judith (Kathryn Wilder). I wish more of All is True dealt with their stories rather than with Shakespeare’s grieving.

The focus of All is True is Shakespeare’s dead son, Hamnet. Shakespeare feels guilty because he wasn’t home when his son died. Shakespeare was riding home from London, but arrived too late for the funeral. Years have passed, but Shakespeare’s guilt has festered. The Earl of Southampton (Ian McKellen) visits Shakespeare and the movie provides a strong vote that Shakespeare’s Sonnets were addressed to the Earl. But that’s just a diversion from the real story of this movie.

Despite the excellent cast, I found All is True a bit of a bore. The movie moves at a glacial pace and doesn’t know when to end. Do you have a favorite work of Shakespeare? GRADE: C+