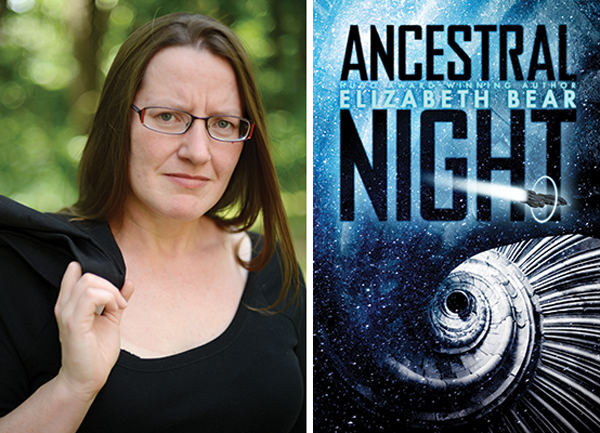 I’ve read some early Elizabeth Bear SF novels and enjoyed them, but her new space opera, Ancestral Night, produced a lot of frustration. I found Ancestral Night full of riffs on democracy, artificial intelligence, and galactic history. Dull. The last 200 pages of this 512-page novel was a slow slog. If the blah-blah-blah was subtracted, Ancestral Night would be a 250-page novel…and a better book!

A salvage crew finds a strange alien starship in Deep Space. Then, they’re attacked by space pirates. The chase is on! But the action seems to happen in slow-motion with too much talk and not enough oomph! Not worth the effort. Elizabeth Bear will probably write some sequels to Ancestral Night, but I won’t be reading them. GRADE: C