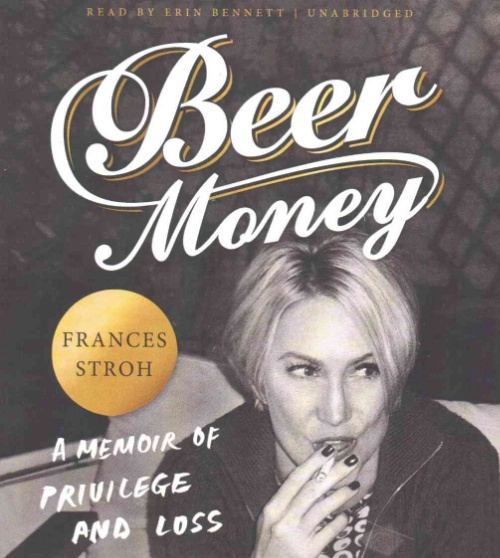 Remember the Swedish Bikini Team? That was a Stroh’s Beer marketing campaign that offended women but increased sales. Frances Stroh, member of a wealthy family whose fortune came from their breweries (established in Detroit in 1850), writes about the shopping trips to London, swanky restaurants, mansions, and a life of privilege. The Stroh Brewing Company was the third largest brewing company in the United States in 1984. At that time, the Stroh family fortune was estimated to be $700 million.

But as Frances Stroh’s memoir shows, the Stroh’s business plan was flawed. Detroit’s economy crashed in the 1980s. The family faced costly divorces, drug busts, business problems, and family feuds over the dwindling money flow. The story of the decline and fall of the Strohs shows how Bad Decisions and Greed can ruin everything. If you’re interested in family drama at its most extreme, I highly recommend Beer Money. What do you think of Stroh’s beer? GRADE: A

20 thoughts on “BEER MONEY: A MEMOIR OF PRIVILEGE AND LOSS By Frances Stroh”