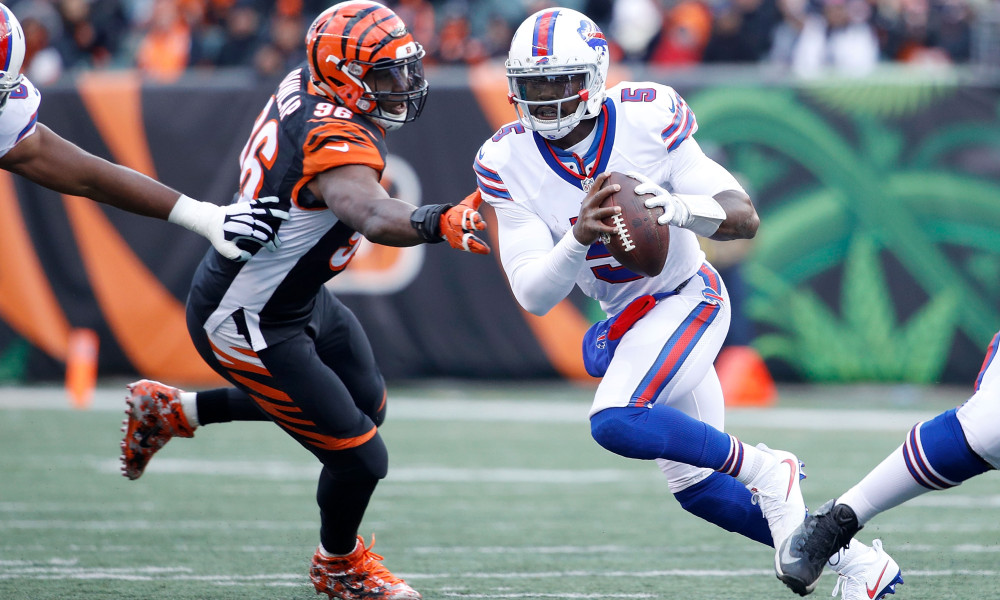 The surprising 2-0 Buffalo Bills take on the 0-2 Cincinnati Bengals in the sunshine and 80+ degree temperatures of New Era Field this afternoon. The Bills are favored by 5 1/2 points. The Home Opener is usually a noisy affair with plenty of crowd antics like The Wave and some fool running onto the field in the nude.

I am concerned about Antonio Brown. His increasingly erratic behavior troubles me. Too many concussions? Some sort of bi-polar disorder? Antonio Brown signed a $50 million contract with the Oakland Raiders (after turning down a similar offer by the Pittsburgh Steelers). After that contract was voided by Brown’s instance that he be traded to the New England Patriots, he signed a 1-year $10 million contract with the Patriots. Now, that the Patriots have cut him, that contract is voided. So Antonia Brown has gone from being a $50 million dollar man to a $10 million dollar man, to an unemployed athletic facing rape charges. That is quite a spiral downward. Plus Nike has dropped him. How will your favorite NFL team perform today?