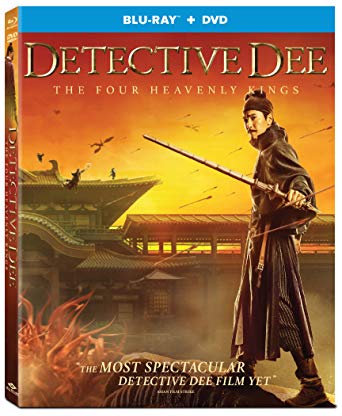 Detective Dee: The Four Heavenly Kings (2018) is the third movie in a series of mystery/action adventures. Dee leads the Bureau of Investigation. Conspiracies abound in 7th Century China. Cults who want to overthrow the dynasty subvert the Royal Court. Dee’s investigations turn up collusion with a sect from India whose practitioners possess powers of mass hypnotism and trickery. I particularly liked the female assassin, Water Moon.

As eye-popping as Young Detective Dee was, Detective Dee: The Four Heavenly Kings fills the screen with incredible battles and nifty Special Effects. The Final Confrontation is spectacular! Yes, these Detective Dee movies are short on detection and long on action, but I find them very entertaining! Just the thing to watch on a cold Winter evening! GRADE: A