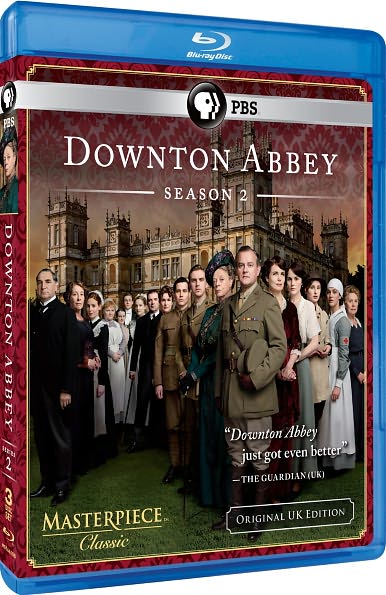 Dame Maggie Smith, Hugh Bonneville, and Elizabeth McGovern lead a stellar cast in this Second Season of Downton Abbey. Maria Doyle Kennedy, Iain Glen, and Zoe Boyle freshen up this the Second Season of this Emmy Award-winning drama. This 3-disk set includes the Downton Abbey Christmas Special, as well as several bonus features like deleted scenes. The action continues from Season One with England in the middle of World War I. It’s 1916 and the events of the Battle of the Somme up to the end of the war power the plots. If you’re a fan of British drama like Upstairs, Downstairs and Brideshead Revisited, Downton Abbey will entertain and delight you. GRADE: A