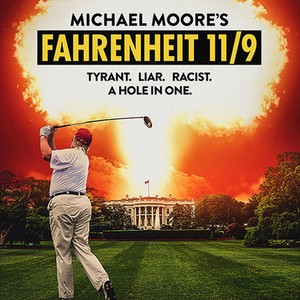 Michael Moore’s Fahrenheit 11/9 would be doing way better at the Box Office if Moore had cut a deal with Rick Wilson to “borrow” the title Everything Trump Touches Dies. Despite the unfortunate title, Moore documents the rise of Trump and the decline of Flint, Michigan (knowingly poisoned by Government officials). Although these two events seem unconnected, Moore shows how our broken political system results in growing disasters. Fortunately, Moore also documents a growing grassroots movement that may offer some hope in these Dark Times. Michael Moore is earnest and wants to show how we got into this awful mess, but I found Fahrenheit 11/9 a tad too long. How much Bad News and Fake News can an audience endure? In this case, Less would be Moore. GRADE: B+