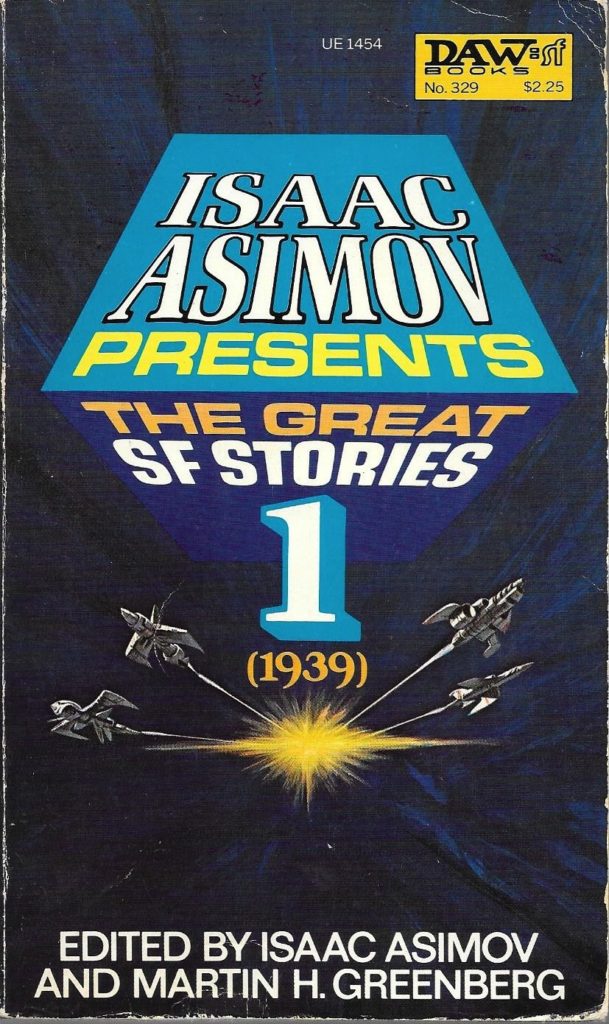 This first volume includes classics like “The Gnarly Man” by L. Sprague De Camp and “Black Destroyer” by A. E. Van Vogt. Iconic writers like Robert A. Heinlein, Theodore Sturgeon, Henry Kuttner, Robert Bloch, C. L. Moore, Lester del Rey, and Jack Williamson are represented. Asimov and Greenberg introduce each story and provide information about the writer. I was impressed by Nelson Bond’s “Pilgrimage” where a young woman confronts myths from the Past.

The Great SF Stories series went on to become a landmark series of anthologies. As Jim Harris found out when he started to collect these books, the prices online can be eye-popping! I plan to review a volume each month for Friday’s Forgotten Books. Only 24 more volumes to go! GRADE: A