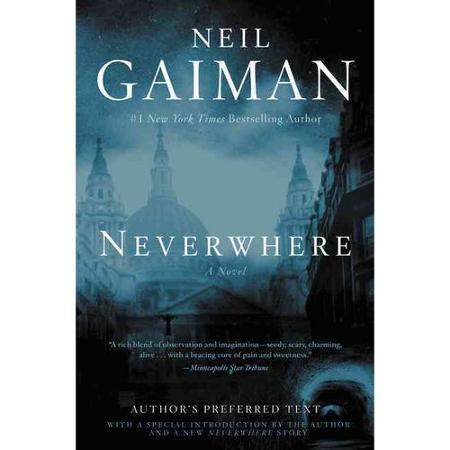 This new edition of Neil Gaiman’s classic Neverwhere has the tag “Author’s Preferred Text.” In his Introduction, Neil Gaiman discusses how Neverwhere evolved from a BBC TV show to a fantasy novel with different U.S. and English editions. For the first time, this new Neverwhere presents the book Gaiman always wanted Neverwhere to be. Neverwhere is the story of Richard Mayhew, an investments analyst in London whose world changes on his way to dinner. Richard discovers a young girl who is injured and bleeding on the London sidewalks. He takes the girl, called Door, to his flat and everything changes. Two assassins show up. A bizarre character, the Marquis de Carabas, agrees to help Door. Richard tags along and finds himself in another world “under” London. This other world features magic and mysteries and adventures galore. In addition, Gaiman includes a short story, “How the Marquis Got His Coat Back” which I found delightful! Neverwhere was originally published in 1996. If you’re a fan of the Harry Potter series, you’ll love Neverwhere.