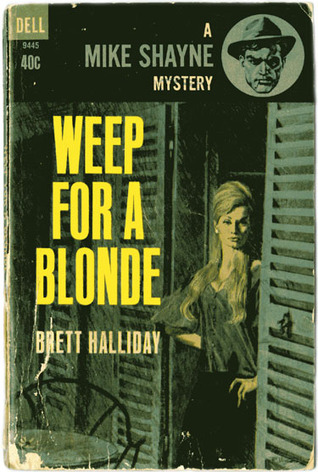 Weeep for a Blonde is the 27th Mike Shayne mystery. It was published in 1957. The DELL paperback version on the right was published in 1964 with a Robert McGinnis cover. Mike Shayne, a red-headed private investigator based in Miami, stumbles into a case where a beautiful blonde wife is being physically abused by her wealthy husband. When the blonde is murdered, Mike Shayne becomes the Prime Suspect.

8 thoughts on “FORGOTTEN BOOKS #439: WEEP FOR A BLONDE By Brett Halliday”