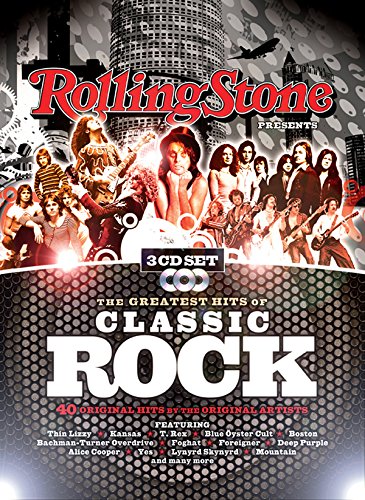 Is “Godzilla” by Blue Öyster Cult one of the Greatest Hits of Classic Rock? Is “Jane” by Jefferson Starship even the best Jefferson Starship song? (I would vote for “Miracles”) Despite the dubious adjective of “Greatest” there were enough recognizable and listenable songs on this 2008 Rhino Records collection for me to spend a buck to buy it at a garage sale. There seems to be no order to these songs, not chronological, not by genre. And a lack of women artists and top tier groups. This 3-CD set is a real grab bag of random songs.