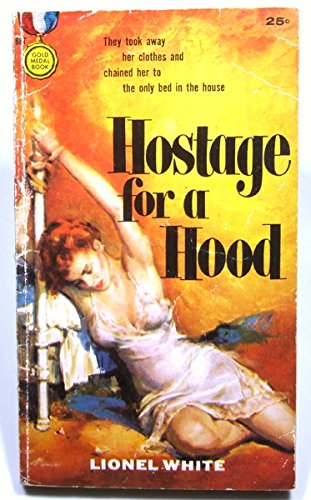 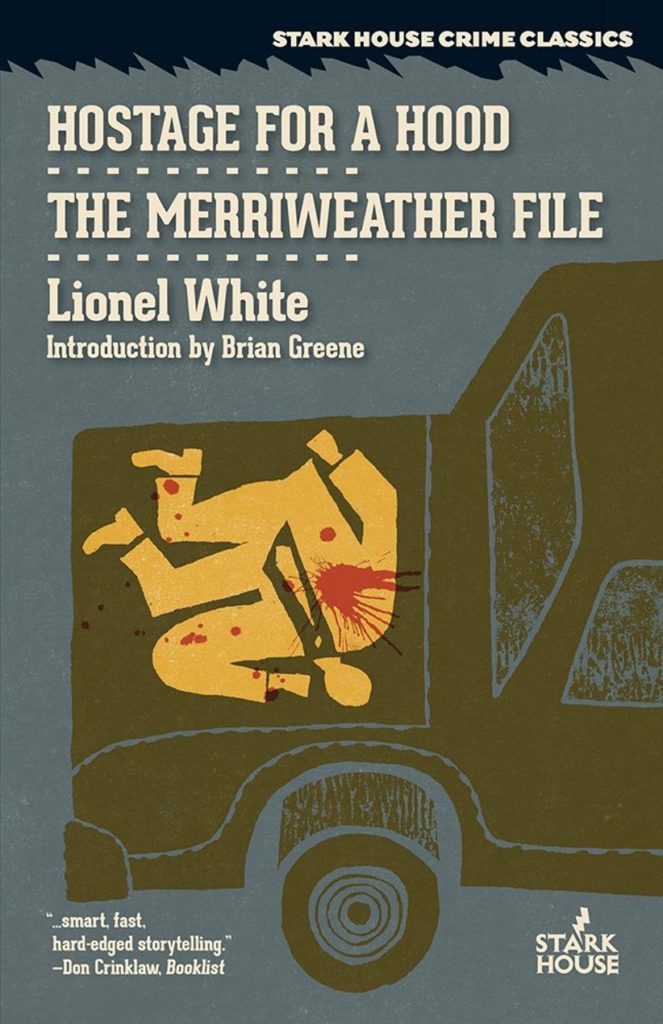 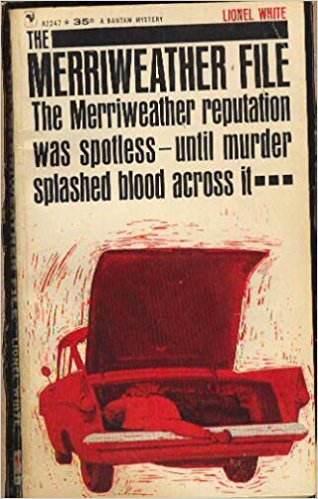 I’m a fan of caper novels and Lionel White was one of the great practitioners of a “heist gone wrong.” Hostage for a Hood (1957) starts with a perfect crime: stealing $250,000 from an armored truck. The gang’s scheme goes awry when part of the crew crash into another car. The gang takes the woman and her little dog hostage. The clean escape blows up and the gang hunkers down while the police dragnet increases. The woman’s husband figures out his wife has been kidnapped and takes action. The suspense in Hostage for a Hood ratchets up until the explosive conclusion.

The Werriweather File (1959) centers around a wife who believes someone is trying to kill her. She hires a lawyer to protect her life (he’s skeptical about the death threat but agrees to represent her). But when a body shows up in the trunk of the family car, this twisty novel picks up speed and tension. Lionel White is a master of clever plotting and The Merriweather File puts unpredictable events on display. If you’re in the mood for fast-paced suspense both of these novels deliver. You can read my reviews of STARK HOUSE’s editions of Lionel White’s Marilyn K/The House Next Door here and The Snatchers/Clean Break here. GRADE: B+