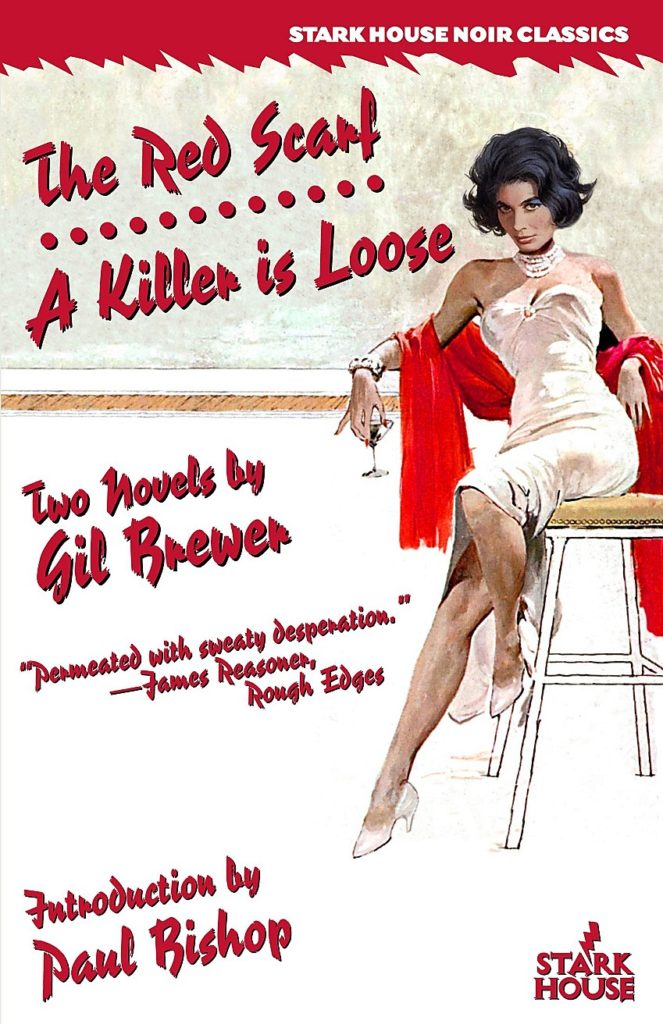 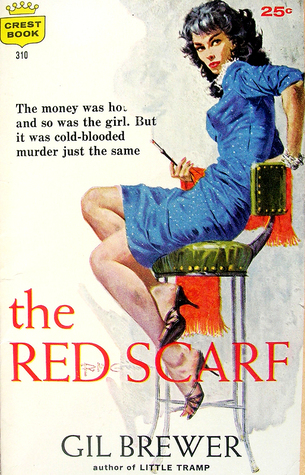 Roy Nichols, in debt and facing financial ruin, just got turned down for a loan by his brother. Making his way back home to break the Bad News to his wife, Nichols stops at ALF’S BAR-B-Q. After getting in a bar fight, Nichols leaves and gets a ride in a Lincoln sedan by a beautiful woman named Vivian and a thug named Noel. Their car goes off a cliff and crashes in the river below. And that’s just CHAPTER ONE of The Red Scarf (1954)!

As Paul Bishop points out in his excellent “Introduction” to this new Stark House omnibus, Gil Brewer was a top noir writer in the 1950s. Sadly, Brewer’s alcohol, drug, and depression problems damaged him and his writing career. At the tail end of the 1960s, Gil Brewer was reduced to writing novelizations of the TV show It Takes a Thief. Brewer died in January, 1983.

Gil Brewer wrote over 30 novels and dozens of short stories. As you might suspect, Brewer’s work varies in quality. When Brewer is “on”–like in The Red Scarf–he creates characters whose lives become pressure cookers of suspense and villainy. In A Killer is Loose starts with a domestic crisis. Steve’s wife is about to go to the hospital to have a baby. Steve is broke. He decides to go to a local bar and sell his gun, a Luger. Instead of getting money for his gun, Steve falls through a rabbit hole with a murderous psychopathic killer who dreams of building a hospital! Only Gil Brewer could invent that kind of madness! A Killer is Loose takes you on a whirlwind of chills and lunacy. If you’re a fan of noir fiction, The Red Scarf/A Killer is Loose are first-rate thrillers! GRADE: A