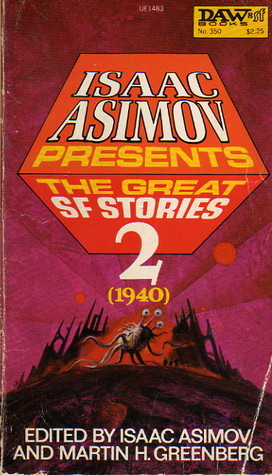 A number of famous Science Fiction stories were published in 1940. Harry Bates’s “Farewell to the Master” became the source material for the classic movie, The Day the Earth Stood Still (1951). Also included in this anthology are two of the most chilling SF monster stories ever: Theodore Sturgeon’s “It” and A. E. van Vogt’s “Vault of the Beast.” I’m also fond of Fritz Leiber’s crafty “The Automatic Pistol” about a witch’s unusual familiar.