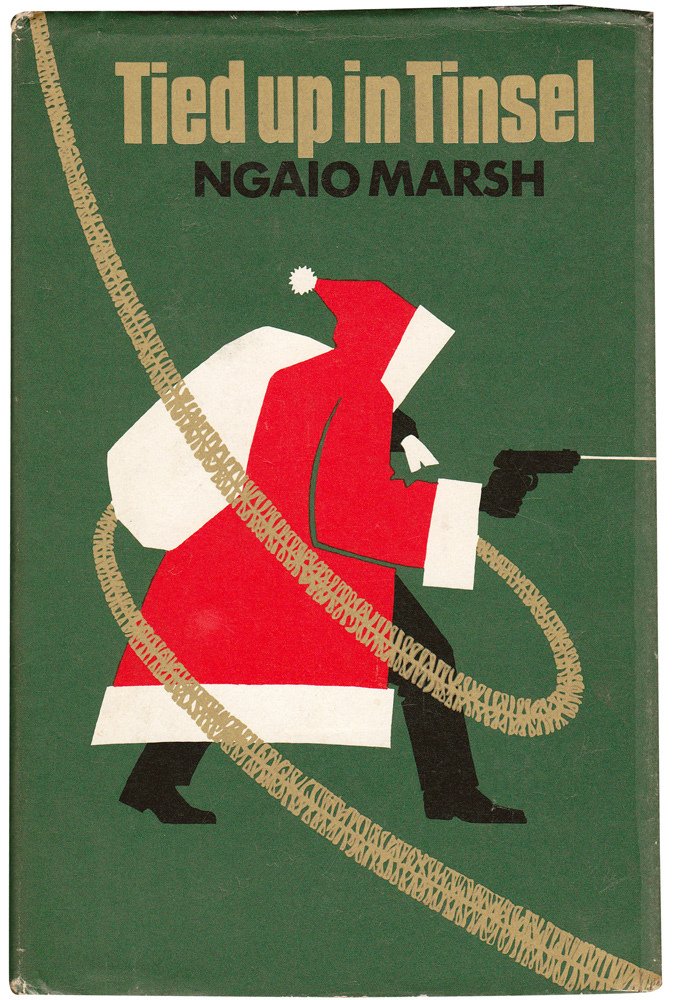 Ngaio Marsh sets Tied Up In Tinsel (1972) at Christmastime at a luxurious, restored manor house located just near a British prison. The owner of the manor, Hilary Bill-Tasman, is an eccentric, prideful man with plenty of problems. But Hilary is also clever and very wealthy. With his massive funds, Hilary is restoring his family’s ancient estate with pompous luxury items. One of Hilary’s eccentricities is that he has hired ex-cons, one-time murderers, as his servants in order to give them “a second chance.” Into this setting, artist Troy Alleyn arrives to paint Hilary’s portrait. Also in the mix is Hilary’s erratic family and his sexy young fiancee. Of course, there’s a murder. Troy’s husband, Superintendent Roderick Alleyn, shows up to solve the baffling mystery. If you’re in the mood for a clever and snarky Christmas mystery, Tied Up In Tinsel delivers. Are you a Ngaio Marsh fan? GRADE: B+

12 thoughts on “FRIDAY’S FORGOTTEN BOOKS #508: TIED UP IN TINSEL By Ngaio Marsh”