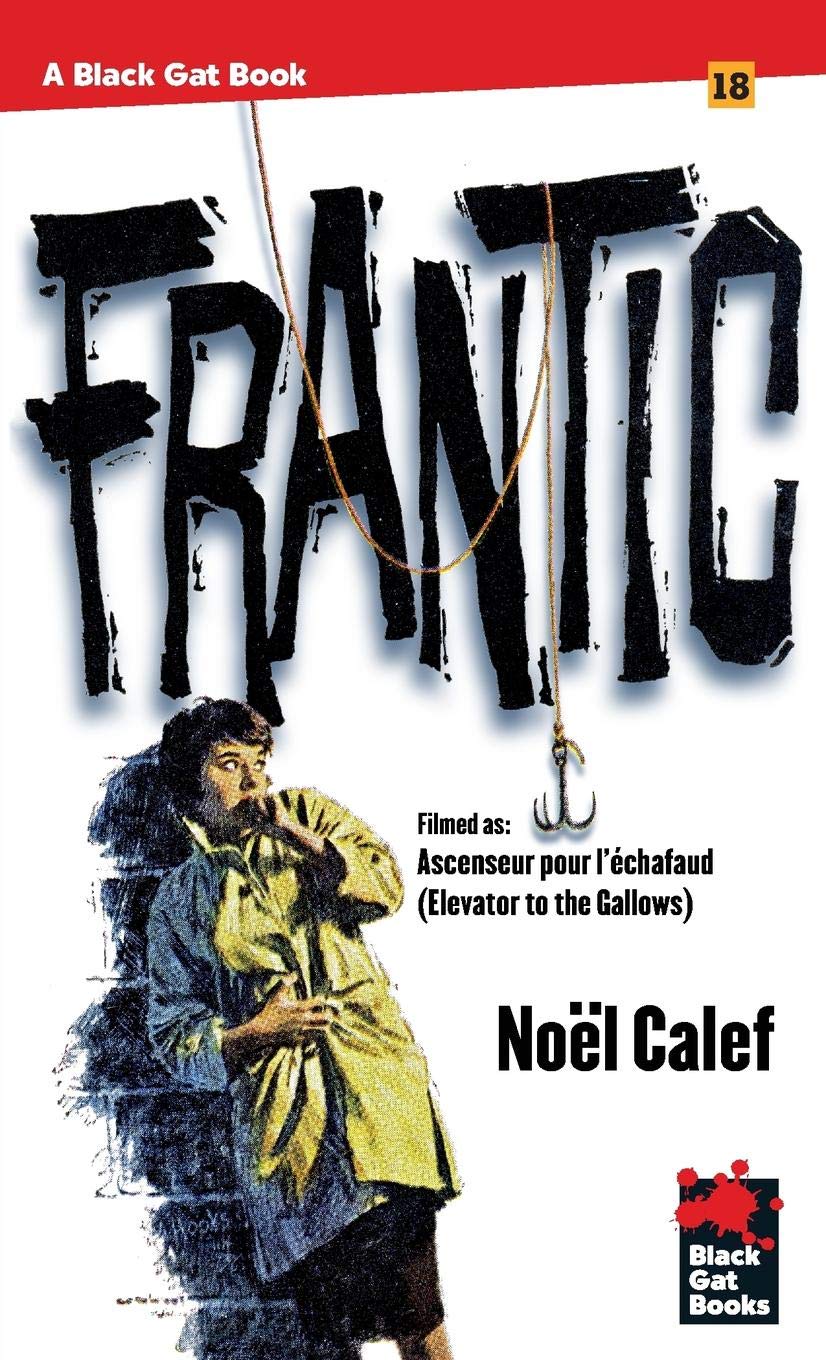 Julien Courtois, a womanizer and struggling businessman, borrows money from a loan shark. And, of course, the money is due and Julien can’t pay. What to do? Julien comes up with the perfect crime. And, it almost works. Unfortunately, Julien inadvertently leaves some critical evidence behind. Realizing his mistake, Julien reenters the empty building…and gets stuck in a powerless elevator! While Julien is stuck, two juvenile delinquents steal his car. That theft leads to a death. Meanwhile, Julien’s wife suspects Julien is having an affair when he doesn’t come home from work. Noel Calef’s Frantic juggles several cunning plots that culminate in a noirish ending filled with irony and dark comedy. Frantic was filmed by Louis Malle as Elevator to the Gallows (1961). This is one of the best novels in STARK HOUSE’s Black Gat Books series. GRADE: A-