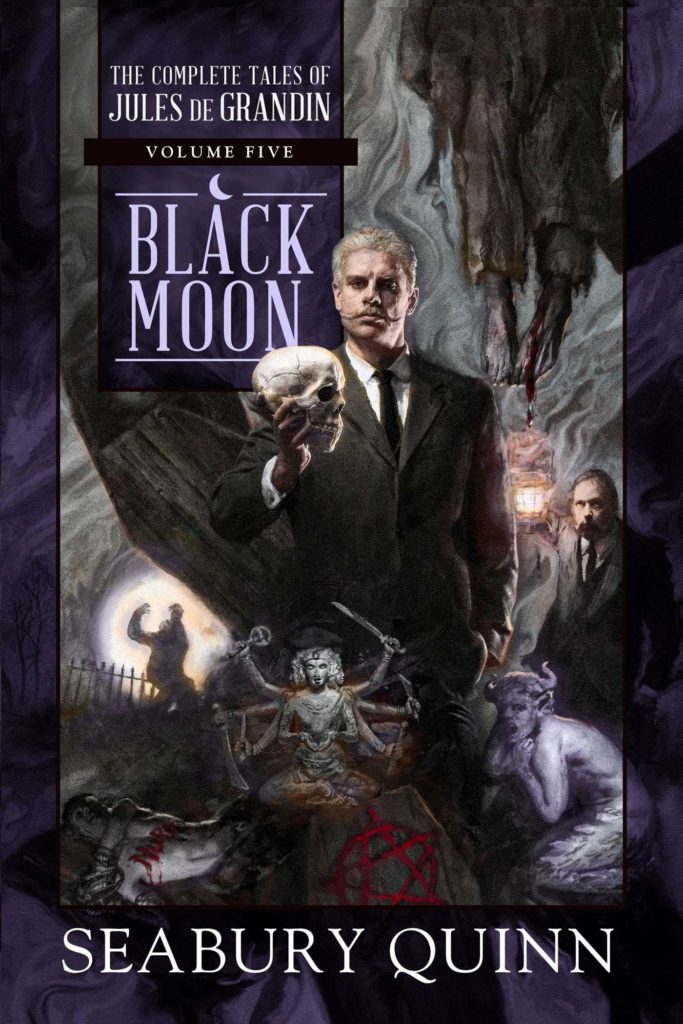 I’ve been a big fan of Night Shade Books’s volumes in The Complete Stories of Jules de Grandin series. Black Moon, just published, is the fifth and final volume. Seabury Quinn created a psychic investigator whose cases usually involved weird, occult, and supernatural aspects. For four decades, Seabury Quinn wrote stories that attracted a devoted audience of readers. The stories in this collection bring together Jules de Grandin stories from the late Thirties, all of the Forties, and a couple stories from the Fifties.

As I’ve mentioned in reviews of previous volumes in this series, you will in enjoy these stories a little at a time–no binging! My review of Horror on the Links can be found here, The Devil’s Rosary here, The Dark Angel here, and A Rival From the Grave here. If you’re a fan of classic pulp fiction stories that deal with mysterious and unexplained happenings, you’ll love the Jules de Grandin stories! GRADE: A
TABLE OF CONTENTS:
Introduction—George A. Vanderburgh and Robert E. Weinberg
Foreword—Stephen Jones