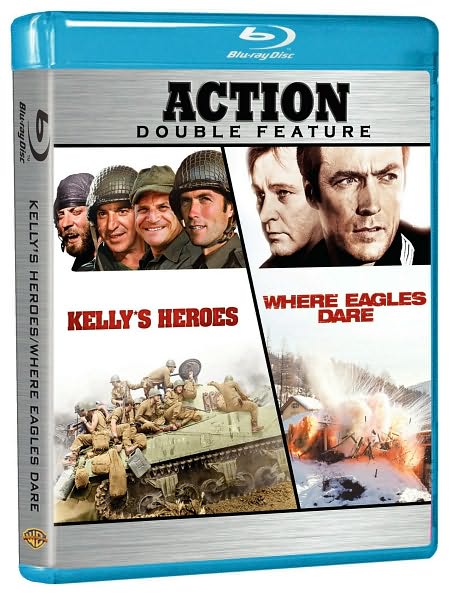 Memorial Day spurred a marathon of watching war movies at the Kelley manse. Two of my favorites showed up on this bargain Blu-ray that I picked up at Wal-Mart for $7.99: Kelly’s Heros and Where Eagles Dare. Clint Eastwood leads a band of misfits in Kelly’s Heroes. Richard Burton stars in the film adaptation of one of my favorite Alistair MacLean novels, Where Eagles Dare. Burton leads a rescue mission to free a U.S. general from an Alpine fortress. Plenty of thrills in both films! GRADE: A